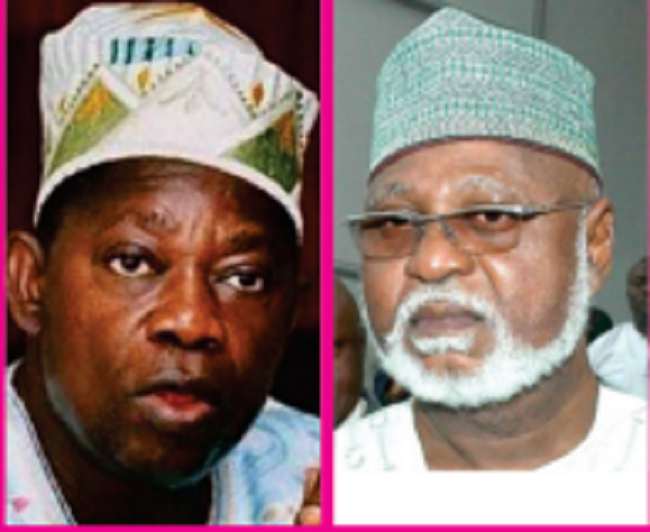 Lt. General Abdulsalami Abubakar (retd) is a big name in the nation’s political space, not just because he presided over the affairs of the country as a military officer or that he heads a peace committee, but more because he still parades enormous influence almost twenty-two years after leaving office as the Head of State and Commander-in-Chief of the Armed Forces.

However, what easily comes to the mind of most Nigerians is the fact that he was at the helms of affairs when Chief Moshood Kashimawo Olawale Abiola, the acclaimed winner of the 12th June 1993 presidential election, suddenly died.

Abiola had been incarcerated four years earlier by the then Head of State, General Sani Abacha for daring to declare himself president following the annulment of the election considered free, fair and credible.

Well, Abacha died mysteriously and hope was high that Chief Abiola would regain freedom. At a meeting which reportedly had in attendance the General Abubakar, United States of America’s Secretary of State, Thomas Pickering, Susan Rice conveyed to resolve the June 12 debacle, Abiola reportedly took ill and died.

That sent shock waves across the length and breadth of the country leading to protests in some parts. There were reports that he was killed by persons not comfortable with his insistence on the validity of the June 12 election. This position was corroborated by the Chief Security Officer (CSO) to General Abacha, Major Hamza Al-Mustapha. This was almost 24 years ago.

However, General Abdulsalami Abubakar appears to have suddenly woken up from a deep slumber lately insisting that the late politician indeed took ill and died. Speaking with a private television station, the Niger State-born ex-army officer said: “…so, it was at this meeting when the American team was meeting Abiola he fell sick and suddenly the security officers called the medical team to come and attend to him.

“And when they saw the situation they said it was severe and they needed to take him to the medical centre.

This has got several people thinking if there is indeed not more than is being admitted. General Abubakar, whose private jet was sited conveying weapons to bandits in forests, denied being present at the meeting.

Could it be a case of his conscience pricking him? Only time will tell.