Home NEWS World Hijab Day: We Will Not Trample On The Religious Rights Of...
Facebook
Twitter
WhatsApp
Telegram 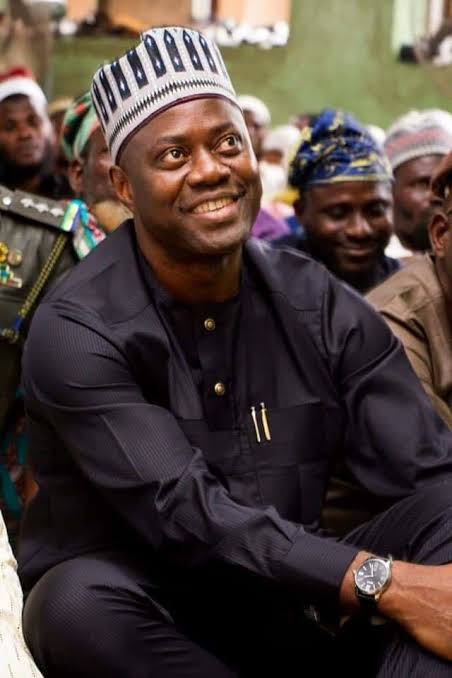 The Oyo State Governor, ‘Seyi Makinde, has congratulated the Muslim Ummah in the state, especially the female adherents, on the 2022 World Hijab Day with a further assurance that the present administration in the state will not trample on the religious rights of anyone.

Governor Makinde stated this in a statement issued by his Special Assistant on Islamic Affairs, Imam AbdRasheed AbdAzeez, to mark this year’s World Hijab Day, noting that his administration will not oppose activities and practices that will promote godliness and modesty.

He added that hijab is a covering which not only beautifies the wearer but also helps in advancing decency in the society.

Makinde, who reiterated that female
Muslim students who wish to wear hijab in public schools in Oyo State have not been denied their right to do so, also stated that more of such opportunities have been granted to the willing female Muslim students even in community schools.

He cited the School of Nursing, Eleyele and College of Nursing and Midwifery, Eleyele, Ibadan as a few of the examples.

On the theme of this year’s celebration ‘Hijab is our crown not a crime,’ the governor said no female Muslim should be harassed in Oyo State for wearing hijab.

He said: “I want to congratulate the Muslims on the 2022 World Hijab Day. If the Quran says female Muslims should wear hijabs, our government will not oppose it. Since our constitution guarantees freedom of religion, my administration will not prevent anyone from following his/her religious dictates.

“I have instructed those in positions of authority in the state’s public service and across all our public schools not to intimidate or harass anyone because of their religious beliefs or practices. Our government is god-fearing and we will continue to preach religious tolerance, equality and justice, which will further engender peaceful coexistence, love and togetherness.

“As the theme of this year’s celebration suggests, hijab is the pride of every female Muslim and it remains sacrosanct.”

The governor equally appealed to various religious heads and leaders to always seek engagement with the state government on any issue in order to avoid crisis.

“Our doors are open for advice, suggestion and consultation on ways of moving our dear state forward. Once again, I felicitate with the Muslim Ummah in Oyo State on this very auspicious celebration of world hijab day,” he added.

The governor also urged Islamic leaders in Oyo State to always liaise with his SA on Islamic Affairs on any matter concerning their faith.