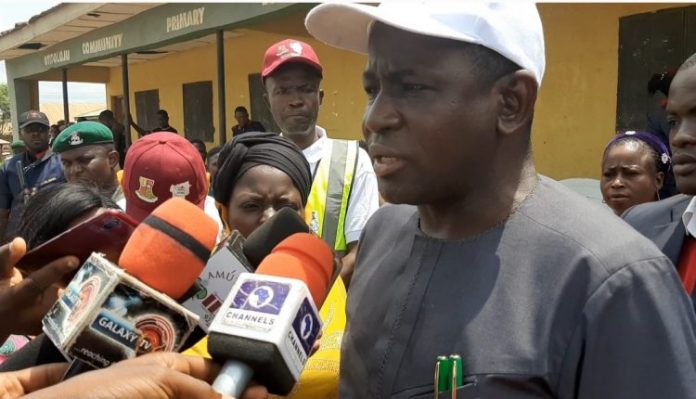 The Chairman of Oyo State Independent Electoral Commission, OYSIEC, Aare Isiaka Abiola Olagunju SAN, has stated that the agency has identified key areas due for amendment in the law guiding the conduct of Local Government elections in the state.

“When we think of making and amending laws, we talk of the Legislature. This is why we are here to intimate the leadership of the Oyo state House of Assembly of our plan to amend the state electoral law. The present law was passed 22years ago. To us amendment is due.

“Some areas need urgent review and amendment to meet modern voting trend. We need to upgrade our electoral process even at the Local Government level. I am happy that the Oyo State House of Assembly has shown its readiness to work with us towards amending the law. We are looking at the possibility of getting this done by the second quarter of this year” Aare Olagunju said

He explained that the amendment being sought will help to reposition the commission for better performance in future elections.

In his response, the Speaker, Oyo State House of Assembly, Hon Adebo Ogundoyin described the move to amend the State Local Government electoral law as a good development.

According to him, the House will work expeditiously on the draft copy of the proposed amendment once it gets to the members.

“On our part, we are ready to work on the amendment in order to improve on the electoral process. This will be in line with the resolve of Governor Seyi Makinde to upgrade and improve all Government departments, ministries and agencies. There are surely new practices and evolving trends in the conduct of elections and OYSIEC cannot afford to be left behind. Even, INEC is trying to advance the voting process. ” Oyo Speaker added