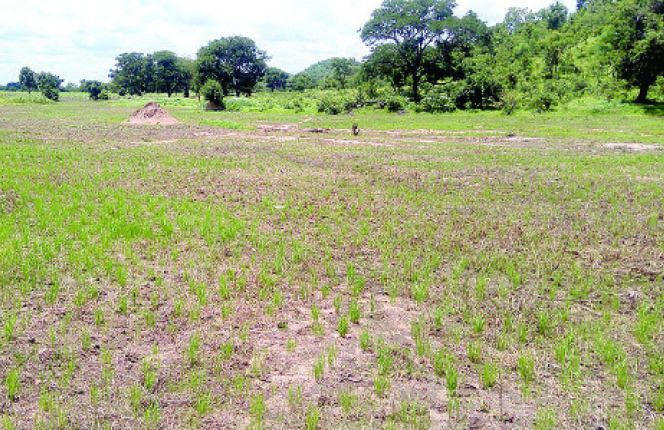 A middle-aged fruit seller, Mrs Roseline Joguntan, has been raped to death on her farm in the Zion area of Igbokoda, headquarters of Ilaje Local Government Area of Ondo State.

It was gathered that the woman who left home with her daughter to the farm to pick some fruits was found dead on the farm after being raped by some hoodlums.

The little girl rushed home to inform her father about the incident who also rushed to the farm to meet her dead. He was said to have called his wife’s mobile phone repeatedly without getting a response.

The husband of the deceased who reported the incident explained that “after gathering the first basket of the fruits, she told her child to take it home.

“It was when the girl came back that she noticed that her mother was missing before she was later found dead in the bush and it was discovered that she was raped and killed.”

However, the residents of the community have fingered some Hausa-Fulani in the community, saying most of them who live in the area have been moving out in their large numbers.

According to residents, the woman was gang-raped and killed by unknown gunmen suspected to be herdsmen.

They maintained that no sooner than the incident happened, some herdsmen were seen vacating the town en masse.

Speaking on the occurrence, the Public Relations Officer (PRO), Ilaje Security Council, Prince Emorioloye Owolemi, called on the state government to come to their rescue in Igbokoda, lamenting that killings are becoming rampant in the local government.

According to him, “It is so sad that Igbokoda is witnessing the highest security threat. It has become daily killings. People live in fear and business activities have been paralyzed.”

“Therefore, we are calling on the state government to please help in strengthening local vigilante in Igbokoda. The Security Task Force, Mr Governor directed the council chairman to organize has not been done since.

“We are determined to fight for justice on behalf of any of our citizens, and before things get out of hands in Igbokoda, all perpetrators need to face the full wrath of the law,” he stated.

Owolemi however, called on the Commissioner of Police in Ondo State and other security agencies to, as a matter of urgency, unravel the circumstances that led to the killing of Mrs Joguntan and bring the perpetrators to the book.

The State Police Public Relations Officer (PPRO), Funmilayo Odunlami, who confirmed the incident said the command had commenced investigation into the matter.

She said the remains of the woman have been deposited at the morgue.