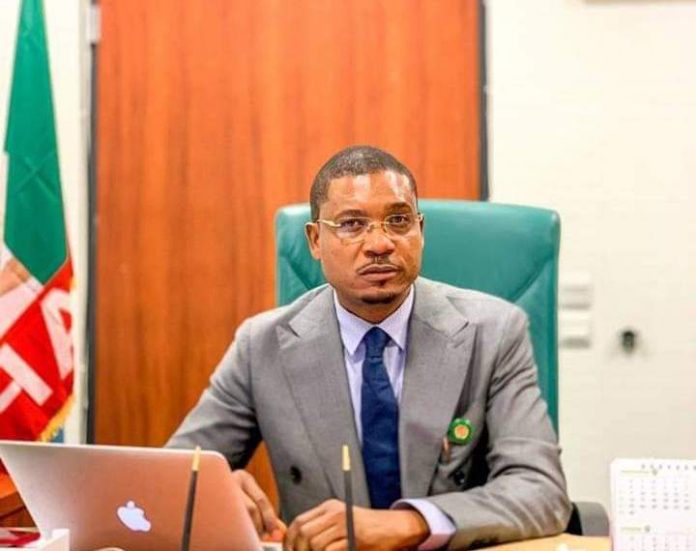 The Nigerian Security and Civil Defence Corps (NSCDC) has withdrawn all officers attached to the lawmaker representing lseyin/ltesiwaju/ Kajola/lwajowa Federal Constituency in Oyo State at the House of Representatives, Shina Peller.

The directive was in a letter dated February 02, 2021, addressed to the lawmaker.

“Following the directive of the Commandant General on the necessity of the deployment of the Command personnel for an urgent National security assignment,” the letter read.

“On behalf of the State Commandant, I hereby withdraw the personnel attached to you, this is to meet up with the urgent National need.

Recall that Todaysplash.com had earlier reported that Peller had in the bill which passed first reading on Tuesday proposed that the Nigeria Police Force should take over the responsibilities of the NSCDC.

It seeks to repeal the National Security and Civil Defence Corps (Amendment) Act 2007, establish a transition management committee to superintend over the NSCDC, develop regulations and implement procedures for the transfer of assets and personnel of the corps to the Nigeria Police Force, and other related matters.

In the bill, Peller noted that “fragmentation of security resources across multiple competing agencies is counterproductive.”

The lawmakers also noted that the mandate of the NSCDC “has now become a duplication of the Nigeria Police Force,” adding, “this has led to avoidable conflicts.”

Peller stated, “Every single function of the NSCDC can be done or is being done by the Nigeria Police Force,” while citing “waste of scarce resources,” stressing that the annual budget of the NSCDC is almost N100bn.

“The assets and personnel of the NSCDC will be absorbed by the Nigeria Police. So, no loss of jobs.”