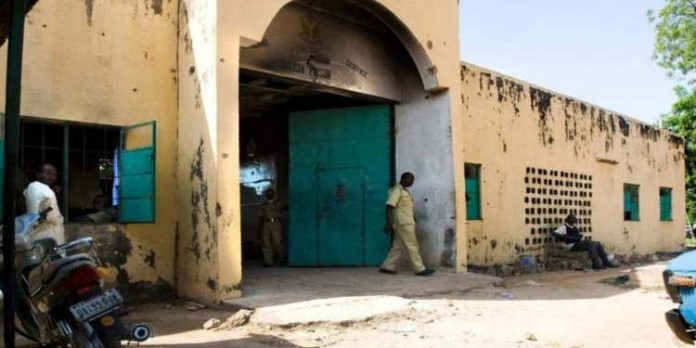 “The most important thing is the security impregnability of this facility. This is a red zone, a dangerous zone. Whoever attempts to breach the facility is already dead. He must not live to tell the story.

“Any effort to breach our facility is not acceptable. Don’t shot to injure but shot to kill for any reason.

“This is a total embodiment of the state to guarantee the security of the people,” Aregbesola ordered.

By Aregbesola’s declaration, one can read the frustration of the government over prison attacks as well as the determination to deliver on mandate or the pretence that an effective government still exists in Nigeria. It is clear that insecurity is worsening around Nigerian correctional centres.

As at the time of writing this piece, over 3,000 inmates who are mostly criminals have escaped during attacks on correctional facilities around the country in the last one year. They now live among us constituting a dangerous threat, and sometimes already carrying out criminal activities for survival or to support their ostentatious lifestyle.

But while the government is concentrating on the attackers, the NCoS pretends to be oblivious of the role its men and women play in the attacks. A Yoruba proverb posits that it is impossible for external forces to rob a home without internal collaborators.

The case of the attack on the correctional facility in Abolongo, Oyo, Oyo State last November will suffice. This writer gathered from reliable sources that correctional officers were romancing many of the inmates even when they were fully aware of their criminal credentials. For instance, armed robbers who were arrested after robbing a commercial bank in Okeho in Oke-Ogun area of Oyo State in 2019 were among those remanded in Abolongo centre. They were just one set of the criminals incarcerated in the facility. There were others locked up for similar offences who were clearly dangerous to live among us.

Yet, the officers were said to allow the inmates receive visitors indiscriminately and use telephone to make calls to their friends and relations during the visits. Of course, it won’t be for free because the inmates were also showing appreciation in different forms.

Improper relationship between inmates and NCoS personnel is not a recent development. This report in The Nation of May 19, 2008 about an inmate who impregnated a female inspector of prisons, written by this reporter is particularly relevant here.

The incident occurred at the same Agodi correctional centre, Ibadan, where Aregbesola made his latest declaration. The then inmate (aka Landlord), who was locked up in Agodi for a criminal offence, impregnated the female inspector after months of amorous relationship. In the story, I wrote about bow investigations by a committee set up by the command unraveled how three junior officers were interfacing between the two love-birds thereby helping the secret romance to blossom. It was a confirmation that NCoS personnel relate with inmates in improper ways. The inspector was transferred from Agodi to another facility as a punishment for her action.

It is not debatable that such laxity allows inmates to plan attacks since free gang members regularly visit and enjoy the opportunity to study the environment and schedules of officers. With such level of familiarity, the NCoS should not look too far for the reason the attack on its facility was such a success. The attack was coordinated with precise strategy, successfully freeing their colleagues. Sadly, a soldier guarding the facility lost his life in the process. He was the first to be stricken in the effort to weaken human security around the facility.

As for officers, poor remuneration and welfare package make corruption attractive. The work environment is demotivating. Basic amenities such as decent offices and furniture are a luxury at many of these correctional centres. Yet, they are asked to keep criminals who have enough money to bribe their way through, and the intelligence to successfully hatch a plan from escape. The poor, helpless masses are the victims of these failures.

We, therefore, may not need to look far for a reason kidnapping and armed robbery have increased again around Ibadan in the last few weeks.

So, while it is good for the minister to make such public order to deter criminals from undertaking further attacks, it is also important for the federal government to pay a special attention to the welfare of prison officers and also weed out the corrupt ones among them. Their work environment needs urgent improvement.

The attack on Abolongo facility should be diligently investigated with culprits brought to book. Marching orders alone will not solve the problem.

As Nigerians, we deserve to be protected from criminals. It is the basic constitutional duty of the government. It is a major reason those in government are holding power in trust for us. Let the federal government wake up to its responsibility so Nigerians can live peacefully in this society.

Bisi Oladele, who wrote through bisiladele@icloud.com, is an Ibadan-based journalist.