HomeNEWSLanlate College Of Education JAC Writes “Save Our Soul” Letter To Oyo...
NEWS 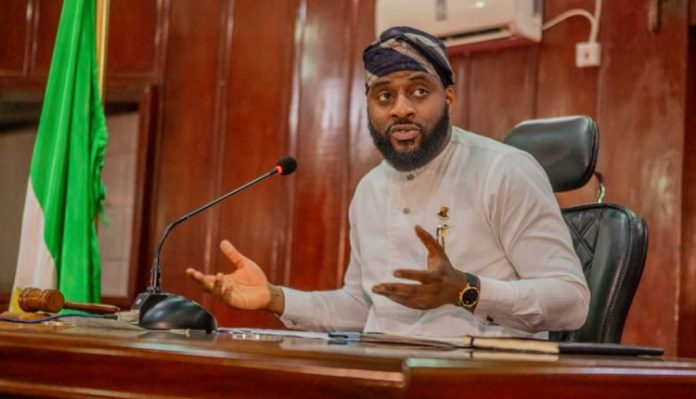 According to the letter duly signed by COEASU, NASU and SSUCOEN Chairmen, the college appreciates the 9th Oyo State House of Assembly for passing the bill for the change of the name of the College to “Oyo State College of Education”, Lanlate and the other areas of the College law, which has given the College an autonomy.

The Statement read
” Since its establishment the College has been battling with series of problems and challenges which have necessitated this letter.

” The issues are itemised below:

(1). Non-Release of Take-off Grant :
The College was not given any take-off grant by the state government when it was pronounced autonomous, and it has not received any till now. This has led to the poor state of facilities at the College. Of all the state-owned tertiary institutions, it is only our College that has not been given any take-off grant and this has negatively impacted the growth and development of the College.

(2) Infrastructural Deficit:
The non-release of take-off grant to the College has compounded the infrastructural deficit in the College. . There are no enough offices for staff hence some of them sit under trees. There are virtually no toilet facilities as the few available are in a state of disrepair. Staff have to go to the bush to answer nature’s call.

(3)Damaged Bridge:
The bridge on the only road to the College was destroyed by flood about three years now. The College Management and the staff unions have written letters to the State Government requesting for the bridge to be fixed but nothing has been done as we write this piece.

(6) Non-payment of Arrears of the consequential adjustment on minimum wage:
Recall that the State Government under Engr. Oluseyi Abiodun Makinde graciously approved the consequential adjustment on new minimum wage in January, 2020. It may interest the house to know that it is only our College that is yet to pay the arrears as agreed and signed by the Joint Action Committee (JAC) of the trade Unions of the six Oyo State owned Tertiary Institutions and the government representatives. For your information, the staff is being owed 9months of the arrears up to date. Because of this, we have commenced an indefinite strike since January 24, 2022. We are also owed arrears of Hazard and Medical allowances of 16months between 2014 and 2015. All efforts to get the College management to pay has proved abortive as they always complain of non-availability of funds

As we round off this letter, we want to passionately appeal to Governor Seyi Makinde to come to our rescue. His midas touch is being felt everywhere across the state. Ours should not be an exception. These problems are too much for the College to bear. Needless to say Oyo State College of Education, Lanlate is at a precipice , and may collapse completely if urgent steps are not taken.

Responding to the appeal, the Speaker, Rt. Hon. Adebo Ogundoyin noted that his recent evaluative visit to Oyo State College of Education, Lanlate showed him clearly the unimpressive state of infrastructure and the general condition of the College.

“I toured round the facilities, listened to the staff, students and other stakeholders on ground. We are calling for massive repair of infrastructures and approval of more fund for facilities and accreditation activities.

“We are calling on our Governor to kindly prioritize this college in all educational projects for this year. The students, staff and stakeholders are trusting us on this and there will definitely be a turn around,” The Speaker added.