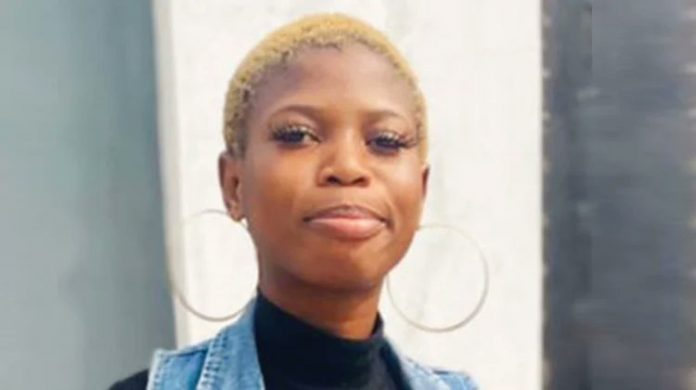 24-year-old Olanipekun Irenimofe, who identified herself as a student of Moshood Abiola Polytechnic, Abeokuta, Ogun State, narrates to DAUD OLATUNJI how she was allegedly arrested and put behind bars by the police for visiting a pharmacy to buy a pregnancy test kit and contraceptive

My name is Olanipekun Oladayo Irenimofe. I am a student of MAPOLY (Moshood Abiola Polytechnic, Abeokuta, Ogun State).  I recently finished my ND. I am 24 years old.

What course did you study at MAPOLY and what year did you finish?

I finished last year but I’m still writing my project in school. I want to be silent on my course of study.

Is it true that you were arrested by the police for visiting a pharmacy to buy a pregnancy test kit and contraceptive?

Yes, I was arrested by them (police) for buying a pregnancy test kit and contraceptive.

Where and how were you arrested?

After buying the above-mentioned items I wanted to see a customer and a friend of mine; so, I had to pass by the station. That was when a policeman called me and asked for my profession and I answered that  I am a student.

He began to check the polythene bag I was carrying and then found the items. He then asked me why I was with the items and I told him they were for me. They then asked me to go to the behind the counter and later I was put behind bars.

They were just shouting why am I having sex; can’t I remain a virgin for my husband?

What did you tell them?

I didn’t say anything to them because I don’t understand! At (age) 24, is it illegal? Am I an underage person?  If not for the Nigerian education system, should I still be in school?

Were you asked to write a statement?

No, I was not asked to write a statement. I was just put behind bars.

What came to your mind when you were put behind bars?

I was traumatised. I was worried because they were threatening me. I became worried when I was asked to go behind bars.

Your sister raised the alarm online after your arrest. How did she get to know about it?

I called her right there because I had called a customer and friend of mine, but they (policemen) sent her away.

Didn’t they seize your phone?

They did for a while, but when it started ringing, they gave it back to me.

You were later released. Was it because your sister raised the alarm?

No; I did not even know what was going on on social media till I was released.

How long did you stay behind bars?

About two hours or thereabouts.

How many people did you meet in the cell?

I met no one there; the cell was empty and I was alone there.

Is it true that the pharmacist was also arrested?

Yes, she was brought in for questioning.

Has she been released?

They released her before me.

What do you feel about the whole experience?

I don’t even know how to put it because it was the first time I would experience something like that.

What did they tell you before they released you?

They behaved as if they did me a favour by releasing me.

Did they apologise to you?

Are you considering suing the police and claiming damages?

I’m not claiming any damages. My sister raised the alarm because she was scared; we are not trying to gain anything from this.

How do you feel being harassed for buying a pregnancy test kits?

I’m not supposed to be harassed. I did nothing wrong, so I should not be treated like a criminal.

How did your friends react when they heard about the incident?

They were very supportive, and if not for my sisters and my friends, yesterday (Friday) wouldn’t have been bearable for me.

Are your parents aware of the incident?

Do you live with them?

Where do they live?

Are in a relationship?

Yes, I have a boyfriend.

What is your view on pre-marital sex?

Everyone above 18 has a right to decide what he or she wants to do; it’s an individual decision.  I don’t have any view.