HomeNEWSChances of Oyo APC Returning to Agodi in 2023 is Getting Slimmer...
NEWS 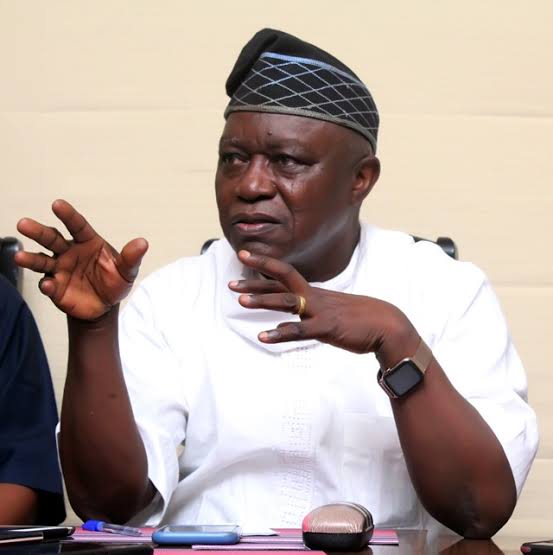 The leadership crisis rocking Oyo state APC continues to deepen as more party stakeholders continue to berate the embattled party chair, Chief Isaac Omodewu, on the inauguration of members of the executive council committee of the All Progressives Congress, APC in Oyo State as well as chairmen of the party in all the 33 local government areas of the State.

In the meantime, a legal luminary and governorship aspirant under the umbrella of APC in the state, Chief Niyi Akintola has also lent his voice to the recent development in the party, stating that Omodewu’s act is an exercise in futility.

He described this act as self-serving, self-fulfilling and self-aggrandisement against the general interest of the teeming supporters of APC in the state.

Expressing his disdain at Omodewu’s inauguration of LG excos, the governorship aspirant noted that one cannot place something on nothing adding that Isaac Omodewu who received his certificate of return as the party chairman in the state at the national secretariat failed, refused and or neglected to wait for the harmonized state executive council list from the headquarters as well as the wards and local government list for the state before he swore his stooges via the unilateral directive of his principal.

He further described the inauguration as illegal and a nullity while urging the national headquarters, to urgently restrain Omodewu from further anti-commonsensical acts that can undermine the chances of the party to return to Agodi house come 2023.

Akintola further informed that the leadership of the party in the state made up of the Zonal leaders of the party and other critical stakeholders are looking into the issue and are in touch with the National Headquarters of the party to resolve the logjam.

He thereby urged the party faithful to remain calm, peaceful and resolute that all will be well in no distance time.