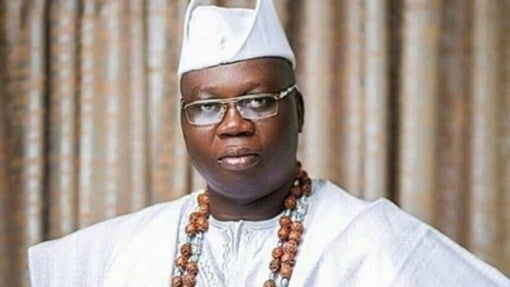 The Aareonakakanfo of Yorubaland, Gani Adams, on Tuesday, described as miscarriage of justice, the continued detention of embattled Yoruba Nation agitator, Sunday Adeyemo aka Sunday Igboho.

Adams insisted that the self-determination campaigner had committed no crime for expressing his displeasure with the Nigerian state and demanding the secession of the South-West geopolitical zone from the current geographical space known as Nigeria.

Reacting in a statement signed by his Special Assistant on Media, Kehinde Aderemi, Adams condemned what he described as the “secret trial” of Igboho.

“There was miscarriage of justice in the way Igboho’s detention was extended without trial. It is evident that Benin Republic has taken Igboho’s case far beyond the normal legal procedures.

“The extension of the detention of Igboho further exposed the frailty in the administration of justice. The young man’s rights have been abused without trial. He had not been convicted of any offence. The law of any country that claims to be guided by the rule of law should be explicit on the rights of citizens,” Adams was quoted as saying.

The PUNCH had earlier reported that the Attorney General of the Federation and Minister of Justice, Abubakar Malami (SAN), said the Federal Government would bring back Igboho to Nigeria after his prosecution in Benin Republic.

The Department of State Services had stormed Igboho’s Ibadan residence in a Gestapo style around 2am on July 1, 2021. The secret police killed two of the agitator’s associates and arrested 12 others who were released months later.

Declared wanted by the secret police for allegedly stockpiling arms to destabilise Nigeria, an allegation he denied, Igboho escaped to the neighbouring francophone country in July 2021.

However, luck ran out on him and he was arrested by Interpol at a Benin airport when he tried to board a Germany-bound flight.

He had since been remanded in a prison in Benin Republic for over six months where he is said to be facing trial for immigration-related offences, amongst others.