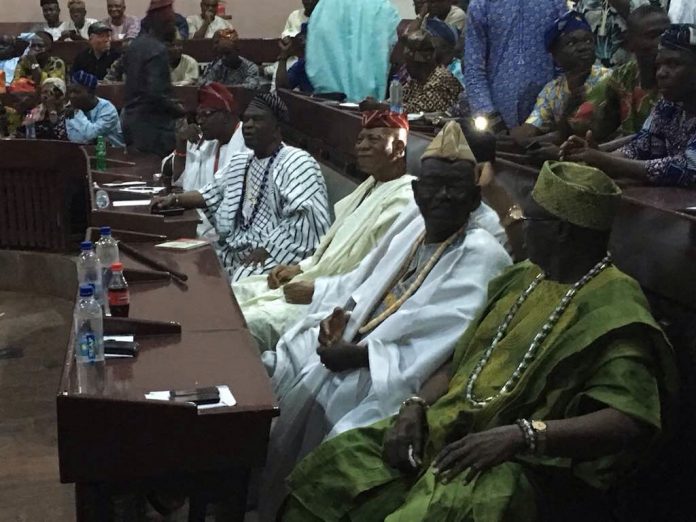 The Chief Judge of Oyo State, Justice Munta Abimbola will tomorrow morning give judgment in the case filed by 34 coronet-wearing Baales and Mogajis, who were elevated alongside some High Chiefs by the late Governor Abiola Ajimobi in 2017 to contest the validity of the consent judgment entered by parties

The claimants in the suit filed against the state governor and four others had argued that the consent judgment which nullified the review that elevated them was not valid as they were not part of those who made the agreements that formed the consent judgment.

At the resumed hearing of the matter, counsels to all parties had adopted their final written addresses before the court.

At the resumed hearing of the matter, counsels to all parties had adopted their final written addresses before the court.

Counsel to the claimants, Adekunle Sobaloju had in his address asked the court to determine whether the consent judgment could be said to be valid considering the fact that his client was not a party to the drafting of the said consent judgment.

The counsel to the government and its agencies, S.S. Akinyele had adopted his written address before the court in its entirety, urging the court to dismiss the suit while pointing out that adding the court should consider its ruling on a similar matter delineated I/22/202 which was dismissed last week.

Sobaloju had however objected to the information, urging the court to ignore it and adding that the case could not be compared as the issues canvased are now different; pointing out that the basis for dismissal of the suit was based on an application notice for discontinuance from the plaintiffs. His objection was sustained.

Alhaji Adewole, the counsel to High Chief Rashidi Ladoja, who had earlier moved for an extension of time to file his further written address to address some issues, also told the court of the position of his client on the matter.

Justice Abimbola after hearing the arguments of parties fixed judgment in the matter for tomorrow, February 10, 2022.