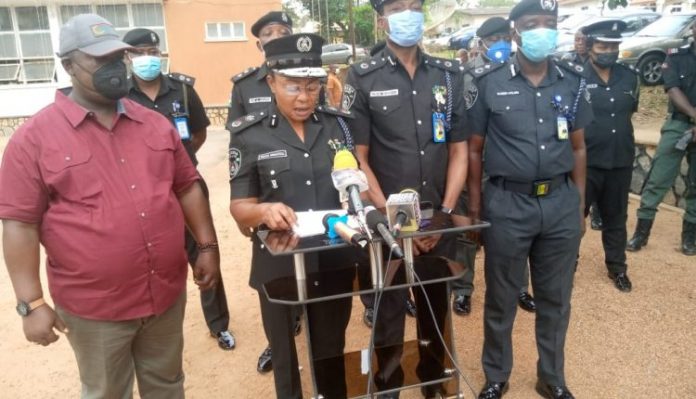 Residents in a community in Oyo town have uncovered activities of suspected ritualists in an uncompleted building in the area.

Our correspondent gathered that those living close to the building, which is along the Oyo-Ilora Road, in the Oyo West Local Government Area, Oyo State, started combing the bushes after perceiving a foul odour.

They were said to have stumbled on decomposing human parts in the uncompleted building.

PUNCH Metro gathered that the discovery was reported at the Oyo West Police Station.

A resident, who identified himself simply as Lanre, told our correspondent on the telephone on Tuesday that he was there when a police team visited the building, adding that some suspects had been arrested.

He said, “Three days ago, there was a stench from an uncompleted building and residents thought some persons were defecating in the place. But when they searched the area, a complete human arm was found and some other items that suggested that some persons had probably been killed there.

“The case was reported to the police in Oyo and they came and arrested some suspects. We were disturbed because the policemen that came did not allow us to take pictures of the human parts discovered there.

“We don’t want the case to be covered up. Many things are happening now. Human beings are daily being killed for rituals and if such a thing is discovered, I believe the police should do everything possible to expose those behind it.”

Another resident, who spoke on condition of anonymity, told our correspondent that human bones and the school uniform of a child were found at the site, adding that the discoveries raised suspicions that the act might have been going on for a while.

He said, “Those living close to the site said they used to see a man riding a motorcycle to the place. They said the man used to work with a shovel in the building; they thought he was clearing debris, but did not know he was carrying out criminal activities there. Somebody later said that he knew the father of the motorcycle rider. The police came, saw those things and took them away. They also arrested some suspects.”

The state Police Public Relations Officer, Adewale Osifeso, did not take his calls which rang out.

He had also yet to reply to a text message and chats sent to his telephone line on the matter as of the time of filing this report.

However, the Commandant of the Amotekun Corps in Oyo State, Col. Olayinka Olayanju (retd.), confirmed the incident to our correspondent in Ibadan, the state capital.

“Our men went there, but the suspects were arrested by the police; they are not with us. Since the body was dismembered, it suggests a ritual killing.”