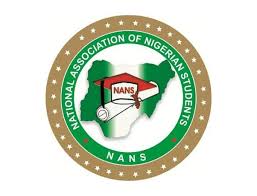 The National Association of Nigerian Student (NANS) has lend it’s voice to the looming strike action threatened by ASUU.

In a statement Signed and made available to Todayslash.com By Southwest Coordinator (Zone D) Com TEGBE Stephen Fiyinfoluwa..

THE LOOMING ASUU STRIKE: ANOTHER ATTEMPT TO RETURN US TO STREETS TO MIX WHAT SEEMS DISTRACTING TO EDUCATION.

Education right from time has been a major tool to push back the frontier of ignorance, enlightens members of the society on what is needed to accelerate societal progress. The above is no doubt objectives that demands consistent efforts from the government as the major source of funding education. Nigeria education in recent times owing to the negligence on the part of the government has the opposite of the educational objectives enshrined in chapter two(2) section eighteen (18) of Nigeria constitution in the policies which are designed are implemented and which has and still contravening the interest of parents and students across Institutions.

It is no longer news that the Academic Staff Union of Universities is currently planning to embark on a fresh strike owing to the inability of the Federal Government to fulfill the promise made to the Union on payment of members arrears. The Union despite the plea from parents insisted on speaking to the Federal Government with the language they understand best and the last line of action (strike), an attempt that will send our colleagues in Universities back home, enlogate their stay in their respective institutions and keep their age at disadvantage.

The Zone D Leadership of NANS under the Leadership of Com TEGBE Stephen Fiyinfoluwa in the interest of Nigerian Students across the Nation is hereby pleading to our Lecturers to kindly bear with us more as we move on to ensure that we join them to consult and consolidate actions to fast track the process of the payment. By extension, we want the Union to consider the fact that we will not only be loosing out for staying home but incessant industrial actions will keep bringing down the value of our education and the quality of the graduates we will be producing.

In a similar vein, we are sending a strong warning to the Federal Government against toying with our future by keeping us out of school because nothing changes the fact that if the government officials in Abuja are getting their salaries, nothing should stop our Lecturers from getting paid as at when due.

Specifically, we demand the Federal Government to as a matter of urgency convene a meeting with the Leadership of ASUU and discuss the best way to go about the payment. We hope the government respond as demanded to avoid demonstration from countless Nigerian Students and may we remind the Federal Government that the popular#EndSARS protest has ASUU strike as one of the remote causes.

As we progress to ensure our Universities remains open and the academic calendar keeps running, we are urging Nigeria Students across campuses to join us in all actions because collectivism is the key and resisting this is in tandem with goals of keeping the future generation safe from such menace.