HomeNEWSMakinde, Osinbajo To Lead Other Prominent Nigerians To Pay Tributes To Former...
NEWS 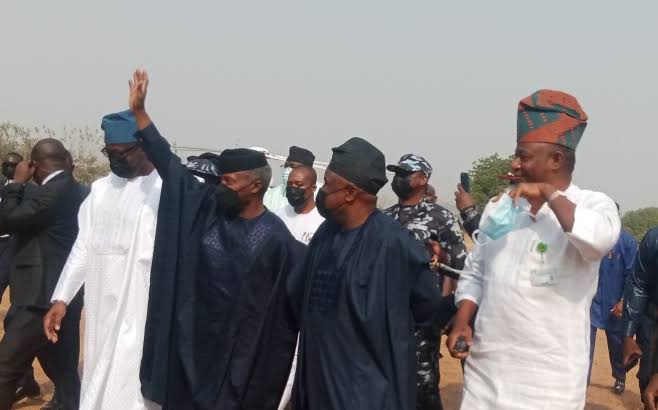 All roads lead to the prestigious Jogor Centre, Liberty Road, Oke Ado, Ibadan tomorrow, Monday, February 14, 2022, as the burial ceremony for the late former Governor of Oyo State, Otunba (Dr.) Christopher Adebayo Alao-Akala takes off with a Day of Tributes where people from all walks of life will express their views on the life of the departed governor.

The Vice President of Nigeria, Professor Yemi Osinbajo and the Executive Governor of Oyo State, Engineer Oluseyi Makinde are expected to lead other eminent Nigerians; former and serving governors, ministers, Senators, Members of House of Representatives, Commissioners, local government chairmen and other political office holders and gladiators in paying the tributes.

Also, expected at the occasion scheduled to commence by 11 am, are captains of industry, labor leaders, professional and vocational union leaders, market leaders, socio cultural associations’ leaders, students, women and youth leaders across the State.

Organized by a conglomerate of all the politicians across party lines in Oyo State under the chairmanship of Chief Wale Ohu and Honorable Olusegun Olayiwola, the program will also feature a lecture on the political life of Alao-Akala titled ‘ Otunba Christopher Adebayo Alao Akala: The Life of a Humane Politician’ to be delivered by a retired federal permanent secretary and eminent scholar, lecturer, National Institute of Policy and Strategic Studies ,Professor Tunji Olaopa; and cultural displays.

A statement issued in Ibadan, Sunday, by the spokesperson for The Oyo State Political Class, Alhaji Kehinde Olaosebikan said all necessary arrangements have been concluded to give the late former governor, generally known as the most loved and cherished governor ever in Oyo State, the aptest burial in all ramifications.

As the governor of Oyo State for 4 years and 11 months, Otunba Christopher Adebayo Alao-Akala was exceptional in governance; pragmatic, compassionate, sagacious and uncommonly generous. All these virtues and his delightful relationships with the high and the low in the society earned him the appellation of Oyato Governor. He was indeed unique and uncommon in his ways.