Home NEWS It Took Me 36 Years Journey To The Throne, The Shortest In...
Facebook
Twitter
WhatsApp
Telegram 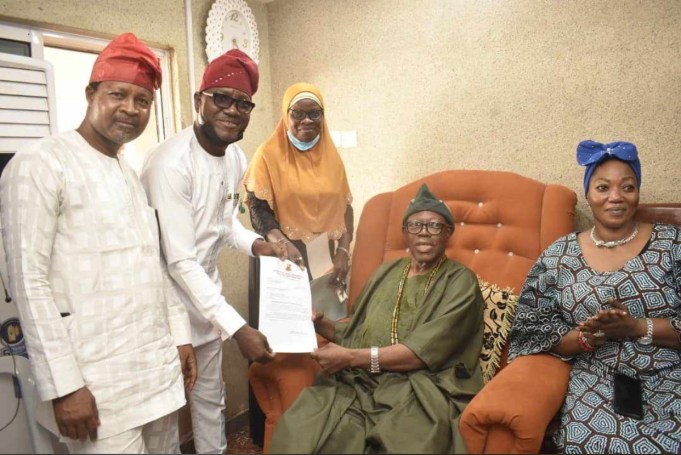 The Olubadan-designate Dr Lekan Balogun has expressed support for a process that will allow younger persons to be enthroned as the Olubadan.

The Nation quoted Balogun, who stated this in an interaction with reporters at his Alarere, Ibadan residence on Tuesday, as saying that it took him 36 years to climb the ladder of the Olubadan of Ibadan land.

While commending the Olubadan succession process, which he said is devoid of racour, Balogun said a younger person has more energy to work and definitely has chances of reigning longer on the throne.

He revealed that he had received about one million congratulatory messages from well-wishers through physical visits, phone calls and text messages and third party channels since he became the Olubadan-Designate.

Installed as the Mogaji Alliiwo in 1986, Balogun said he climbed the ladder steadily until this time when God made it possible that he will be crowned as the next Olubadan.

He described the journey to the throne as long but pointed out his journey, which lasted 36 years, was perhaps the shortest in the history of Olubadans.

On the vision for his reign, Balogun said he planned to embark on initiatives that will maintain the status and elevate Ibadan as the centre of Yoruba land in commerce, politics, academics and other important areas of life.

He said: “God willing, we will make sure that Ibadan is a greater African capital. And I will listen to the people of Ibadan to offer me advice.”

He also revealed that he would use his Alarere private residence as a palace along with the Aliiwo compound traditional palace, but indicated willingness to move to the public palace whenever it is ready for occupation.

“I have three palaces now – the Aliiwo palace, my own palace (private residence) and the Ibadan palace which is a big and beautiful palace. I look forward to inhabiting it,” he said.