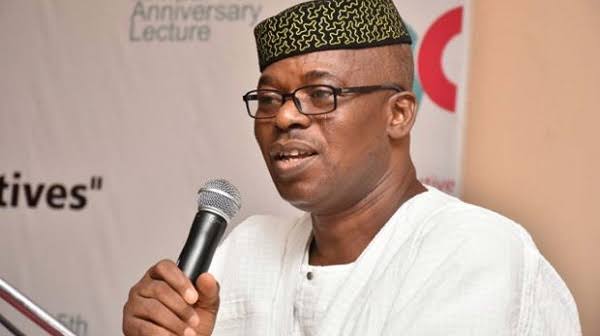 Oni’s announcement put to rest the speculations surrounding his next line of political action after dumping the main opposition People’s Democratic Party (PDP) following the controversies that trailed its governorship primaries.

The ex-Governor contested the primaries alongside 16 aspirants, where he came second with 330 votes as against Otunba Bisi Kolawole’s 671 votes.

Oni, who disclosed this while featuring on a local programme aired on a Voice 89.9 FM, said that necessary paper work will soon be concluded with the Independent National Electoral Commission for him to be SDP candidate.

He noted his decision to contest on SDP was as a result of the continued call by Ekiti people who asked him to join any of the registered parties to deliver them from vestiges of poverty, insecurity and other manifestations of misrule.

“I have chosen to advance my ambition under the Social Democratic Party (SDP) because we are looking at the future not the present. The party has been around for years and won elections into various offices in this country.

“So, it is a well- known party and that is the reason I chose SDP to contest the June 18, 2022 governorship election in Ekiti state. We have seen the potentials in SDP because we believe it is easier to sell as a third force for Nigerians.

“The process to make me the party flag bearer is ongoing and would soon be completed in a matter of days,” he said.

He disclosed that aggrieved politicians in the ruling All Progressive Congress (APC) and PDP are solidly backing his aspiration to govern the state under SDP.

Oni, who did not mention names of the politicians, added that four governorship aspirants APC, members of Southwest Agenda for Asiwaju 2023 (SWAGA) and members of Repositioning group within PDP are forming a grand coalition to win the coming poll.

But the Ekiti SWAGA Coordinator, Prince Bamigboye Adegoroye, denied backing Oni, saying that the group was not in any collaboration with the former Governor for any purpose.

“That is the act of desperation of Segun Oni that we are talking about which people have to guard against. He should not be taken seriously. He sounds a little confused and so you don’t take him seriously,” he said.