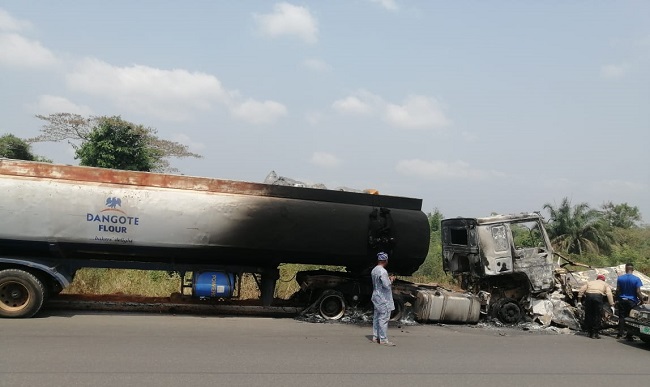 17 persons lost their lives in a head-on collision involving a Mazda bus and a petroleum tanker at about 5.00 am on Friday, before Isara bridge, on the Lagos-Ibadan expressway.

In a statement by the Public Education Sector Officer of the Federal Road Safety Corps (FRSC), Commander Florence Okpe said route violation was the suspected cause of the accident.

She noted that the head-on collision resulted in a fire outbreak, adding that three bodies have been identified while others burnt beyond recognition.

Okpe added that only one male, one female and one female child could only be identified out of the deceased.