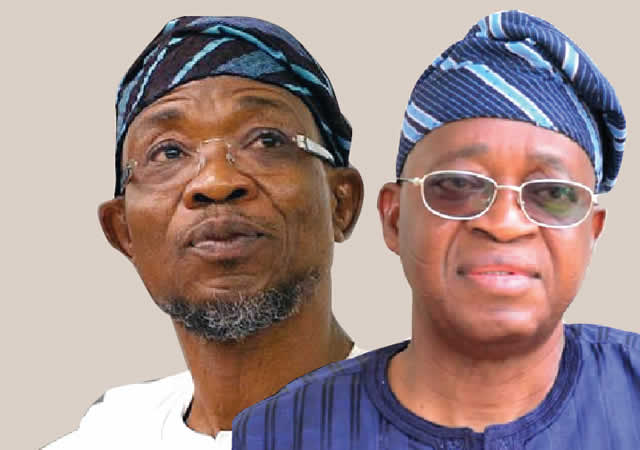 Osun State Governor, Adegboyega Oyetola, has been declared the winner of the governorship primary of the All Progressives Congress held on Saturday.

Announcing the result very early on Sunday, the Chairman of the governorship primary committee and Kwara State Governor, Abdulrahman Abdulrazaq, said Oyetola won the election, having garnered 222,169 votes, against 12,921 votes that his closest challenger, Moshood Adeoti got. He also said another of Oyetola’s challenger, Lasun Yusuf, got 460 votes and placed third.

Abdulrazaq said Oyetola won in all the 30 local government areas in the state.

In his remarks, Osun APC chairman, Gboyega Famoodun, commended the diligence of the committee, security agencies and others that worked for the success of the exercise.

Sunday PUNCH had reported that Oyetola defeated Adeoti, a former secretary to the state government, at the ward of the Minister of Interior, Rauf Aregbesola, in Saturday’s APC governorship primary.

But the Rasaq Salinsile-led faction of the party to which the minister belongs, rejected the result. The faction claimed that the exercise was fraught with irregularities.

Adeoti, a former chairman of the Action Congress of Nigeria before it merged with the APC, is the anointed candidate of Aregbesola for the party’s governorship ticket.

Oyetola, was the chief of staff to Aregbesola when the latter served as governor of the state for eight years.

Also in the race is a former Deputy Speaker of the House of Representatives, Yusuf.

Also, in his Iragbaji Ward 1, Saint Peters Primary School, Iragbiji, Oyetola got 1,612 votes, while Adeoti and Yusuf got no vote.

Speaking in an exclusive interview with Sunday PUNCH, the Publicity Secretary of Aregbesola’s faction, Abiodun Agboola, noted that the concerns raised by the group at the stakeholders’ meeting held with the party’s Electoral Committee on Friday in Osogbo, the state capital, were not addressed.

Agboola said names of Adeoti’s supporters were removed from the membership register used for the exercise.

He further claimed that hoodlums were used to chase away Adeoti’s supporters, adding that result sheets were not provided for the compilation of the outcome of the poll.

He further alleged, “Verified information from the agents of Alhaji Moshood Adeoti, our governorship aspirant, has it that there is no record and there are no result sheets in any of the 332 wards of the state.

“Also, there was no proper accreditation in the majority of the ward collation centres where voting was taking place. The accreditation done in some places were skewed in favour of Governor Gboyega Oyetola as members of the group were allowed to pass through the accreditation process without much ado.

“Names of a sizeable number of the members of the APC who wanted to vote for Adeoti were missing in the register of the party. This we had envisaged by calling for the display of party register before the conduct of the primary.

“State government-appointed officers were used as returning officers. We are rejecting the result because it was not a true reflection of what happened today.

“Votes were allocated in all the wards in Osun State. There were no result sheets for the results to be entered. What they did today was simply to allocate results. They came to voting centres with thugs.

“We are rejecting any results that may be announced by the committee.”