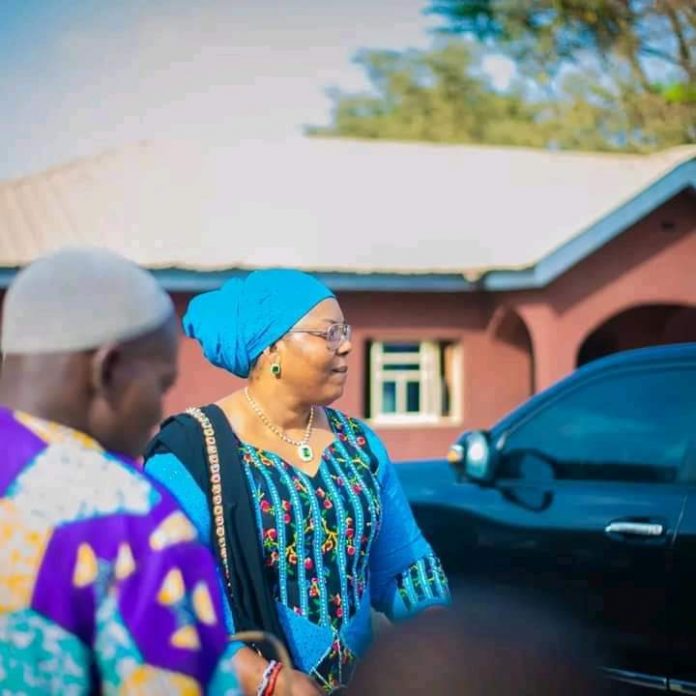 The National Leadership of the Market Traders Association of Nigeria, MATAN, has appointed the Iyaloja General of Oyo-State, Princess Folashade Azeezat Abeo, as the Iyalode General of its Southwest Yoruba Speaking States.

According to the statement, the appointment was disclosed during an official visit to the Oyo State Iyaloja General in Council by the National members of MATAN, led by its Southern Nigeria Chairman and the National Secretary General, Amb. Olakunle Johnson.

Speaking on behalf of the association, the Southern Nigeria Chairman, and the National Secretary, Amb. Olakunle Johnson stated that the appointment was approved in recognition of Princess Folashade Abeo’s patriotism and contributions towards the improvement of business activities both in Oyo, Nigeria and the world at large.

Amb. Olakunle also explained that MATAN had unveiled an effective roadmap for the improvement of the welfare of traders in the Yorubaland.

“Through our dialogue with Princess Folashade, MATAN has identified the primary predicaments confronting southwest traders, markets and general business activities and has outlined possible solutions,” he said.

Amb. Olakunle revealed that Southwest traders would be able to benefit from non-interest loans, free legal representation, free insurance and many more.

The MATAN Southern Nigeria Chairman, therefore, urged Princess Folashade Azeezat Abeo to use her wealth of experience, knowledge and business development strategies to lead Oyo traders on how to improve their businesses.

In her remarks, Princess Folashade Azeezat Abeo expressed delight over the visit as well as her appointment as Iyaloja General of Yorubaland.