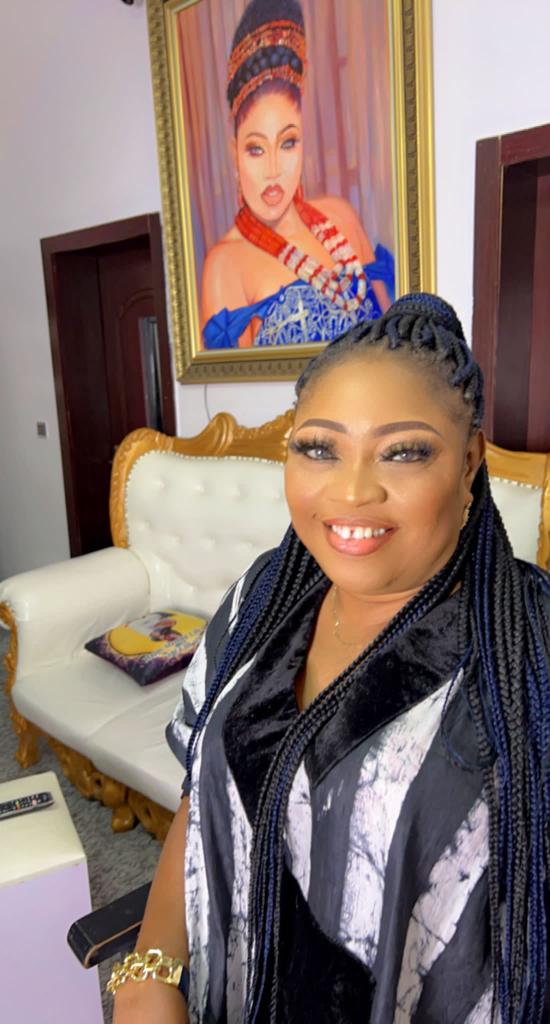 Governor Seyi Makinde has once again proved to the world that his record of prudence and administrative excellence remain a model for good governance in Nigeria.

A former member of the House of Representatives in the 8th assembly, who represented Ajeromi/ Ifelodun, Lagos State, Barrister Rita Orji has shared her views on the newly rebuilt Sasa Market in Akinyele Local Government of Oyo State.

“The story of Sasa market, an historic market known for pepper, tomatoes and onions market and other food items which was razed in a fire outbreak that occurred in the early hours of 14 February 2021”

Eye witness account had it that traders and residents of the two ethnic groups in the area had said that the cart pusher whose altercation with the shop owner started the crisis was not a resident or a known face in the community.

According to Hon Rita, the mode of handling tye crisis by his timely intervention, visit to the scene is sine qua non. He pleaded with the warring parties to bury the hatchet and normalcy was restored.

She said the governor promised to ensure that those whose houses, stores and properties were razed are provided with palliatives immediately adding that he was reluctant to shut down the market as he was worried about the economic impact it would have on the livelihood of the traders in the market.

He subsequently promised to deal with hoodlums in the state and emphasised that he is not a supporter of any ethnic group but would give the security of Oyo State top priority always.

He said, “We will fish out and deal with the hoodlums in our midst no matter their ethnic group but those who are law-abiding will always have a place in Oyo State.

“I am a detribalized Nigerian, we must not forget that we are one Nigeria.”

She noted that Governor Makinde remains a focused, visionary and detribalised leader. As many leaders easily slip into tribalistic posture that provides a brilliant coverage for incompetent, small-eyed leaders. Governor Makinde stand on the feet of truth, efficiency, dedication, sincerity and genuine love for one another. Sasa Market which is full of Hausa, Fulani and Yoruba.

The Governor who assured the Market Women and Men during the inferno that the Market will wear a new and better look, his fulfilment of the promise has shown to the world that he has depth of honesty and zero element of tribal cloak.

While commending Governor Makinde, Rita Orji described Governor Makinde as excellent performer as his work in the area of infrastructures, job creation, good health care facilities where he embarked on renovation and remodeling of 351 primary health centres across the 33 local government of Oyo State, Remodeling of Stadiums across the zones of the state, provision of cars, gadgets and improved security architecture, road construction, prompt payment of staff salary and pensions. She described all these and many of Governor Makinde’s achievements as outstanding.

Honourable Rita Orji also pointed out the input of the Governor on the market as the market will boost the socio-economic development of the state, consumers and sellers exchange conversations in real-time. The market will help in optimal utilization of resources where marketing efforts will widen the area of the market as this will reduce the total cost per unit.

Mother, 1 Other Die in Fatal Auto crash Involving Family of...