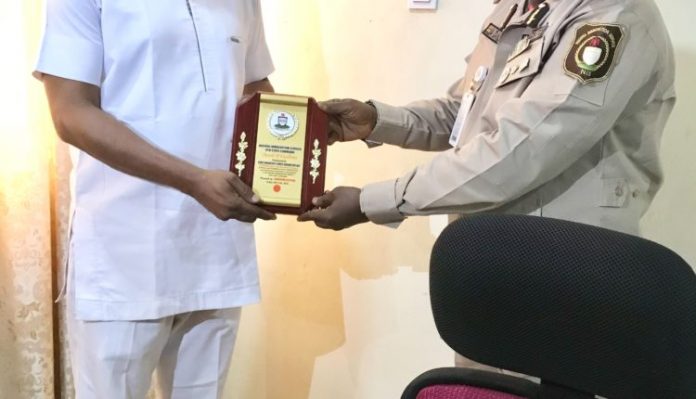 The Comptroller of Nigeria Immigration Service, Oyo State Command, Issa Alhassan Dansuleiman, has enjoined intending applicants for the Nigerian passport to stop patronising touts or middle men, as the current enhanced passport is seamless and easy to obtain.

Dansuleiman gave the advice at the weekend during the closing ceremony  of the 2022 Servicom/ACTU Customer Service Week which had begun on Monday.
The theme of this year’s event was “Excellent Service Delivery: A Panacea For Corruption.”

The week-long activities were kicked off by the acting Comptroller General, Idris Isah Jere at the NIS headquarters in Abuja.

It was said to have been aimed at improving on service delivery.
In his remarks at the closing ceremony in Oyo Command, which was held at its headquarters in Ibadan, Dansuleiman said that marking the service week was to celebrate and appreciate applicants coming in for the facilities being offered.

He recalled the presence of the Minister of Interior, Ogbeni Rauf Aregbesola at the command in December 2021, to commission the Ibadan Enhanced Passport Production Centre, during which he enjoined  the people to make use of the online method of application for the passport.

The Comptroller said: “Go online, apply, pick your date and come to our Command, and we will assist you.”
He also reiterated the promise of the acting Comptroller General that on or before the end of March, the issue of backlog of passports would be a thing of the past.

“As you can see around us here, we are producing massively. And massively we are also giving out. In no time, the issue of backlog will be over.

“To mark this week, we are liberating our customers to make sure that service delivery is of utmost importance,” he stated further.
On the turnout of applicants since the commencement of enhanced passport, Dansuleiman said that it had been perfect because of its seamless nature, adding that it had been so helpful.

He advised teeming Nigerians to go online, get the documentation, assuring that the process would be taken care of in good time.
An award was presented to an applicant, Chief Adanri Taylor who had gifted the command a Public Address System (PAS) which he noticed was unavailable while he was there, to make it easy calling out to applicants.

Expressing appreciation of the award, Chief Taylor, said that he noticed the stress and struggle the immigration officers were going through while doing their job to call out names of applicants.
He said he decided to present the PAS to the officers to make the job easier for them and make their services smooth.