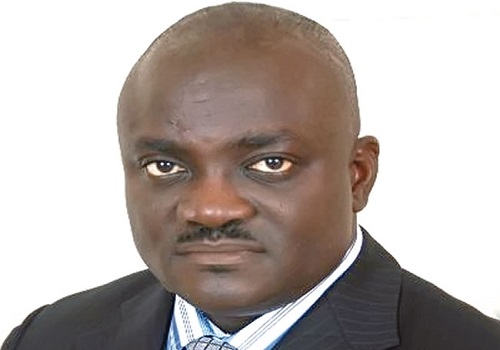 A chieftain of the Peoples Democratic Party (PDP) and the member representing Obokun/ Oriade Federal Constituency, Oluwole Oke, yesterday urged members of the party in the state to focus on politics of issues and stop fighting Oyo State Governor Seyi Makinde.

He said in a statement that stakeholders of the party in Osun State should focus on how to take the state from the All Progressives Congress (APC) in the coming election.

The lawmaker, who is also the chairman of the House of Representatives Committee on Public Accounts, said the governor had not become an impediment to the progress of the PDP in the state.

He spoke against the backdrop of attacks against the personality of Governor Makinde, whom he referred to as an astute and pragmatic party leader.

Oke said: “Recently, l have observed flood of criticism towards the door post of Makinde over his action or inaction on the evolving PDP matters in Osun State, which is uncalled for, unwarranted, misplaced and misdirected,

“I cannot still wrap my head around how Governor Makinde has in anyway constituted an impediment in anyway in the wheel of progress of our great party and indeed Osun State.”

Appraising the seeming crisis within the party in the state, Oke said such issues often arose as a build up towards election, particularly the all-important governorship election.

According to him, “all the real and perceived problems within PDP in the state are not beyond amicable resolution and I commend our elders and leaders for their meaningful mediation, which is already yielding fruitful results.

“I consider our problem or do I say matter as local and domestic, which can and will be resolved domestically. Therefore, let us be civil, couth and display maturity in the use of words

“Beyond politics, let us see and embrace ourselves as brothers and sisters in dealing with one another in order to collectively build a virile PDP, capable of winning all the elections resoundingly.

“We need to be diplomatic, strategic, calm, calculative, methodical and decent in our approach to the conduct of free and fair primaries.”

Oke said Makinde did not declare his support for any of the PDP aspirants in the state as being alleged by a group of party members in the state, saying: “He is a credible leader whose concern is basically for the victory of the party in all the elections.”

He urged the party members to be calculative, strategic, logical and peaceful, saying issues within the party would soon be resolved amicably.