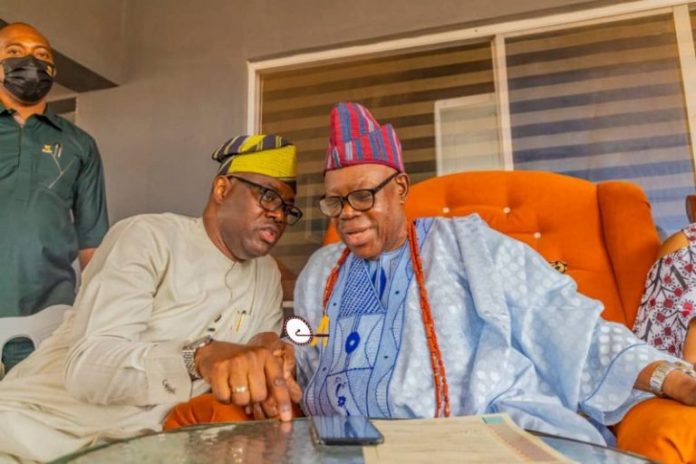 The governor who visited Balogun, wished the Olubadan-elect a peaceful and prosperous reign.

Recall that the governor had last week confirmed the appointment of the former Otun Olubadan, Chief Lekan Balogun as the 42nd Olubadan of Ibadanland and subsequently announced that the coronation ceremony would take place on the 11th of March, 2022.

Meanwhile, different dignitaries including the All Progressives Congress, APC national leader, Asiwaju Bola Ahmed Tinubu have visited the Olubadan-designate to congratulate him on his ascension to the throne of his fathers.