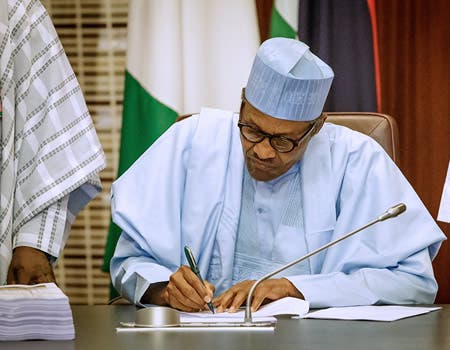 There are strong indications that the President, Major General Muhammadu Buhari (retd.), will sign the Electoral Act Amendment Bill, on Friday.

Sources in the presidency said the President had been briefed on the amendments and “should sign latest Friday if nothing else comes up”.

Also, the Special Adviser to the President on Media and Publicity, Femi Adesina, had earlier confirmed that the President could sign the bill on Thursday or Friday.

He gave the hint during an interview with Channels Television’s Sunrise Daily programme Tuesday night.

Adesina said, “He (Buhari) will sign it (the bill) any moment from now.

On January 31, 2022, the National Assembly transmitted the reworked amendment bill to the President for assent.

Buhari consequently forwarded it to the Minister of Justice and Attorney General of the Federation, Abubakar Malami (SAN), for legal advice.

By law, the President is expected to respond to the National Assembly’s proposal not more than 30 days after receiving it.

The PUNCH reports that the President has in the last five years rejected electoral amendment bills five times.

The INEC Chairman, Prof. Mahmood Yakubu, had said last month said the new law was needed to enable the commission release the timetable and schedule of activities for the 2023 general election.