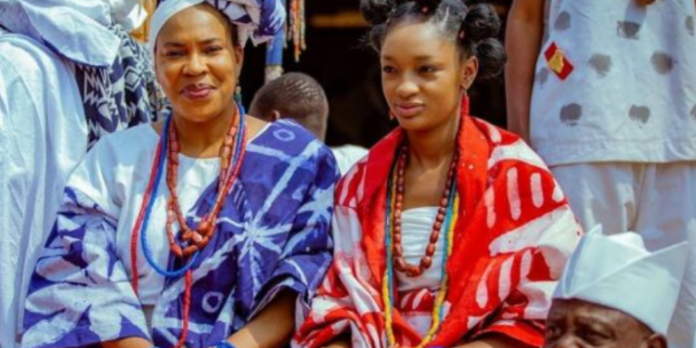 Princess Adedoja, daughter of the Alaafin of Oyo, Oba Lamidi Adeyemi, has delved into acting, weeks after she bagged a Master’s degree from the University of Lagos.

Adedoja made this known on her Instagram page on Sunday, where she announced her acting debut.

According to her, she was starring alongside actresses like Faithia William and Bimbo Ademoye in an epic movie by popular filmmaker, Kunle Afolayan.

In the caption, the former Miss Oyo State wrote, “I played Princess Ajoke in my acting debut: Anikulapo (Death and Life; the Rebirth of Identity), a Kunle Afolayan film.”

This comes four weeks after Adedoja topped her class when she bagged a Master’s degree from UNILAG.

The Oyo ex-beauty queen emerged as the best graduating student from the Institute of African and Diaspora Studies, setting a record for the institute.

With her recent post, the scholar has revealed that asides from studying, she also had a knack for acting.