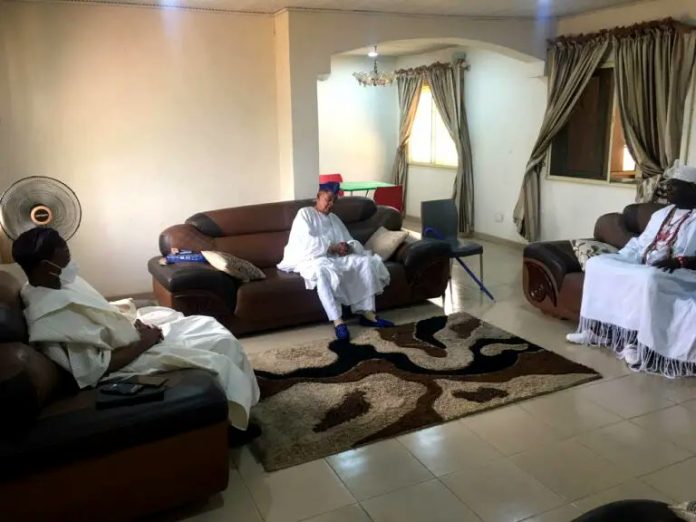 According to sources close to the palace, the reconciliation moves is going on well and as intended, and both parties have shown interest in putting their differences behind them and moving ahead in the interest of all, Osun and Yorubaland.

Earlier, Vanguard reported that concerned stakeholders in Yorubaland, the ruling party and some influential leaders of thought have waded in and are already exploring ways to broker a truce between the two erstwhile good friends. Read the full story HERE.

All well meaning persons of influence across political and religious circuits has called on Tinubu and Aregbesola to tow the path of peace and reconcile in the overall interest of all.

It appears that these calls are beginning to yield positive results with the involvement of these high ranking monarchs and the attendance of the meeting by Aregbesola.

As things unfold it appears that the needed peace and harmony is beginning to return to the progressive fold and the All Progressive Congress (APC) in the South-West.