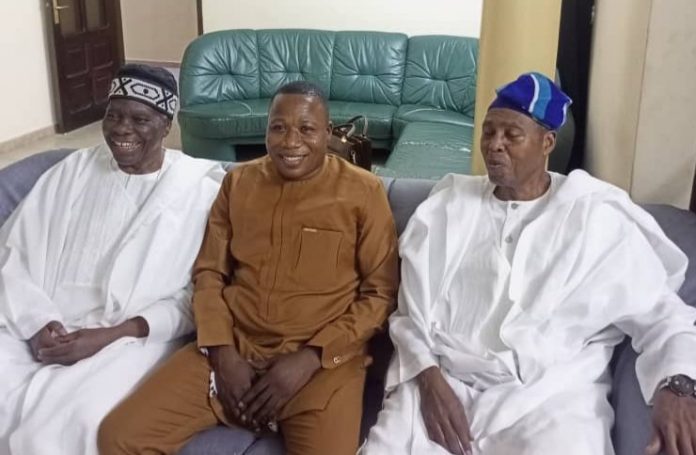 Sunday Adeyemo, popularly known as Sunday Ighoho, was released from prison on Monday.

His lawyer, Yomi Alliyu, confirmed that Igboho was allowed to go for medical checks.

The Senior Advocate of Nigeria (SAN) said the agitator entered an agreement not to leave Benin Republic “for any reason”.

He is pictured with Akintoye, his lawyer in Benin, Prof Malik Falola, and IOO Deputy Leader, Prof Wale Adeniran.

The secessionist has been in the custody of the Beninese government since July 19, 2021.

Igboho and wife, Ropo, fled Nigeria after the federal government declared him wanted.

The couple were intercepted by the International Criminal Police Organisation at the Cadjèhoun Airport in Cotonou as they headed to Germany.