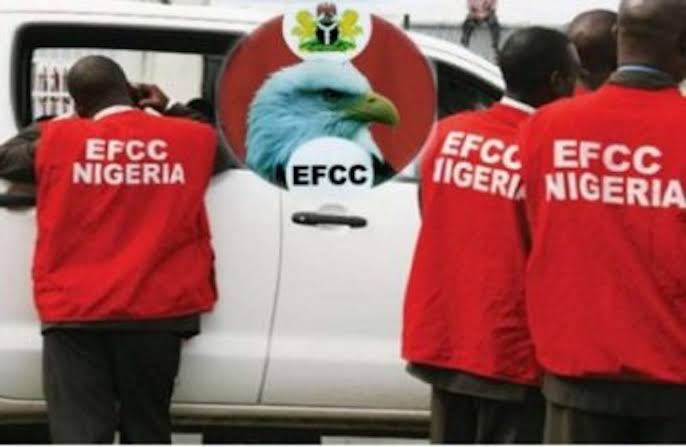 The Ibadan Zonal Command of the Economic and Financial Crimes Commission, EFCC, on Tuesday, arraigned one Ola Samuel Adebiyi alongside his firm, Ardour (Nig) Co. , before Justice Uche Agomoh of the Federal High Court, Ibadan, Oyo State on a seven count charge for transacting bank business without license and obtaining money under false pretence to the tune of N6, 150, 000.00 (Six Million, One Hundred and Fifty Thousand Naira).

The defendant is allege to have swindled his victim, Wilson Oyekemi Omowumi of the said sum when he convinced her to invest in his company, Ardour (Nig) Co., with the agreement that 5.5% on the invested funds would be given to the her on monthly basis. Investigation by the EFCC revealed that the accrued interest on the investment was N10million but only N1.4million was given to the victim and all efforts to get the defendant pay the balance were futile.

One of the counts reads: “That you, Ola Samuel Adebiyi and Ardour (Nig) Co. on or about the 1st of May, 2011 at Ibadan within the jurisdiction of this Honourable Court and with intent to defraud, obtained the sum of N3,050,000.00 (Three Million and Fifty Thousand Naira) from one Oyekemi Omowunmi Wilson when you falsely represented that the said money is for investment in Ardour (Nig) Co, a pretence you knew to be false and thereby committed an offence contrary to Section 1 (1) (b) of the Advance Fee Fraud and Other Fraud Related Offences Act 2006 and punishable under Section 1 (3) of the same Act.”

The defendant pleaded “guilty” to the charges.

Consequently, the prosecution counsel, Oyediran Oyelakin asked the court for trial date and to remand the defendant pending the outcome of the case.

The defence counsel however, informed the court that a bail application had been filed and served on the prosecution and the court. He therefore urged the court to admit his client to bail on liberal terms.

Justice Agomoh, after listening to both parties, granted the defendant bail in the sum of N1million with two sureties in like sum.

Justice Agomoh adjourned the matter till May 31, 2022 for commencement of trial.
In a related development, a State High Court, sitting in Ibadan, Oyo State has convicted and sentenced one Keshiro Olanrewaju Abiodun to six months community service on one count charge for his involvement in internet fraud.

The nineteen year old who claimed to be a student of Computer Science at The Polytechnic, Ibadan was arrested by operatives of the EFCC in Apete area of Ibadan, Oyo State.

The one count charge reads: “That you, Keshiro Olarewaju Abiodun, sometime between the month of January and June, 2020 at Ibadan within the Ibadan Judicial Division of the Honourable Court, with intent to defraud, falsely represented yourself as a female gender known as Pope Millie of the United States of America, an offence of personation which is contrary to section 484 of the Criminal Code Laws Cap.38, Laws of Oyo State of Nigeria 2000.”

The convict pleaded “guilty” to the charge filed against him by the EFCC.

Upon the plea, the prosecution counsel, Mabas Mabur prayed the court to convict and sentence him as charged.
Justice Taiwo thereafter, convicted and sentenced Keshiro to six months community service.

Also, the convict was ordered to restitute $860USD (Eight Hundred and Sixty United States Dollars), and forfeit one iPhone 12 Pro Max to the Federal Government of Nigeria.