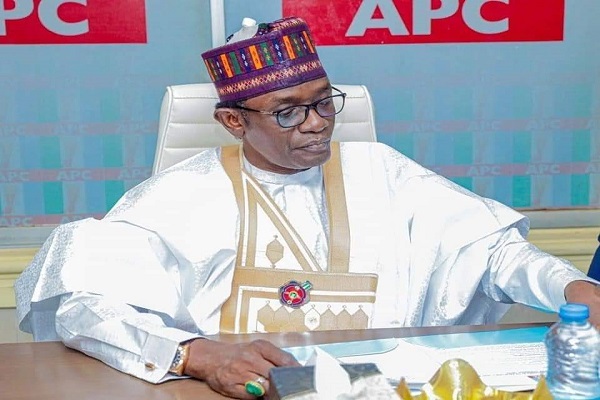 There seems to be no let up in the crisis rocking the All Progressives Congress (APC).

Yesterday, the Independent National Electoral Commission (INEC) said the party could only remove the National Chairman of Caretaker /Extraordinary Convention Planning Committee (CECPC), Governor Mai Mala Buni, and other officers after a 21-day notice to the electoral body.

INEC said it cannot attend the emergency National Executive Committee (NEC) meeting of APC next week because the party was yet to comply with relevant laws and regulations.

It faulted the party for notifying it of its NEC meeting without the signatures of Buni and the Secretary of CECPC, Sen. John James Akpanudoedohe.

It asked APC to follow due process if it wanted to effect change of leadership.

INEC made its position known in a March 9, 2021 letter to APC by the Secretary, Mrs. Rose Oriaran-Anthony.

The letter was in response to APC’s March 8, 2021 notice to INEC to hold a NEC meeting to ratify the choice of Governor Abubakar Sani-Bello as its new chairman.

But the electoral agency said the laws do not have provision for emergency change of leadership by any party.

“The commission draws your attention to the fact that the notice for the meeting was not signed by the National Chairman and National Secretary of the CECPC contrary to the provision of the Article 1.1.3 of the Commission’s Regulations and Guidelines for Poiitical Party Operations (2018).

“ Furthermore, the APC is reminded of the provision in Section 82(1) of the Electoral Act 2022 which requires “at least 21 days’ notice of any convention, congress, conference, or meeting convened for the purpose of “merger” and electing members of its executive committees, other governing bodies or nominating candidates for any elective offices.”

“While hoping these issues are noted for compliance, please accept the assurance of the commission’s warm regards.”