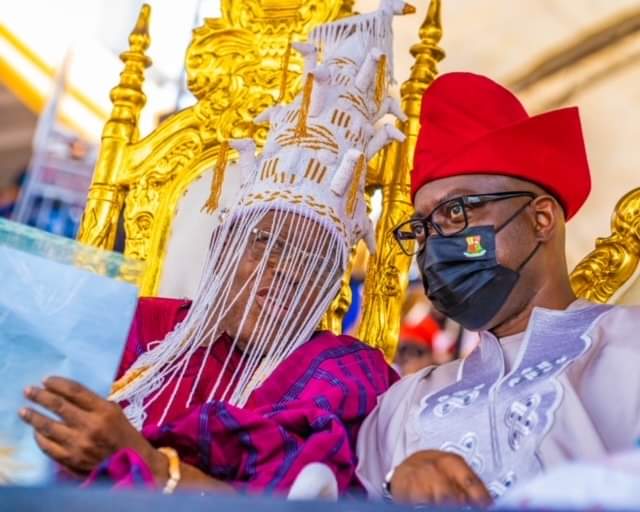 Hon Oluwaseun praise Governor Makinde for his decision to return the accient Ibadan Traditional Institutional heritage to what it use to be, from the confusion that denigrated the long standing and most respected traditional lineage with the elevation of high Chiefs to King and coronation of other beaded crown Oba’s.

Again Governor Makinde in his wisdom has set the state on a pedestal of peace, and i pray that His Imperial Majesty The Olubadan of Ibadanland Oba (Dr.) Mohood Olalekan Ishola Balogun (Alli Okunmade II) reigns brings more peace to Ibadan, Oyo State and Nigeria.

His Experience as an administrator who attained many heights in the Oil sector, a politician without blamishes further praise the uniqueness of Ibadan Traditional Institution, and its transition of our reverd fathers from High chiefs to the throne of their father’s as King of one of the accient city’s in Africa.

Hon Oluwaseun Olufade prayed that His Imperial Majesty Oba (Dr.) Mohood Olalekan Ishola Balogun (Alli Okunmade II) reigns will further transform the customs and tradition of Ibadan and yoruba in particular to a greater heights, while also enjoying His Imperial Majesty to compliments the great work of Governor Seyi Makinde in bringing the desired developmental growth the State needs to and better uplift Ibadanland and Oyo State at Large.