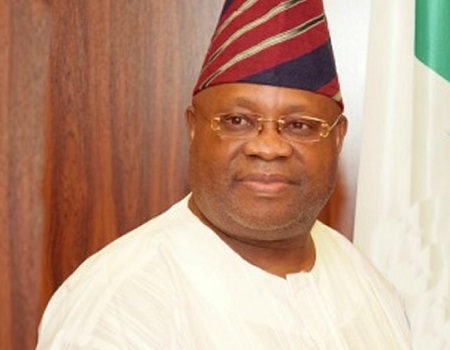 …affirms Babayemi as the party’s candidate

A High Court, sitting in Ijebu-Jesa, Osun State has ordered the People’s Democratic Party, PDP and Independent National Electoral Commission, INEC, not to recognise Senator Ademola Adeleke as the party candidate for July 16 governorship election in the state.

It also ordered that the governorship primary election be conducted by the 215 wards executive in line with its earlier ruling on the validity of delegates qualified to vote on the exercise.

The court presided over by Justice Adeyinka Aderigbigbe had on March 3, 2022, had in an exparte motion brought before it by one Adedokun Ademola and 29 others ruled that only the 215 wards executive, in line with the judgement of another state High Court delivered on November 22, 2021 were qualified to vote in the exercise.

A certified true copy of another Mandatory Interim Injunction ordered by the court on Thursday, March 9, 2022, which Vanguard obtained on Friday, the court averred that exercise embarked upon by the National Working Committee of the party is null and void, saying the actions were taken in flagrant disobedience to the judgement of November 22, 2021, which recognized the Ward Executive Officers which produced delegates for the primaries.

It, therefore, urged the INEC and PDP to recognise Dotun Babayemi as the valid candidate of the party pending the determination of the substantive suit before it.

The court adjourned the matter till March 16, 2022, for further hearing.