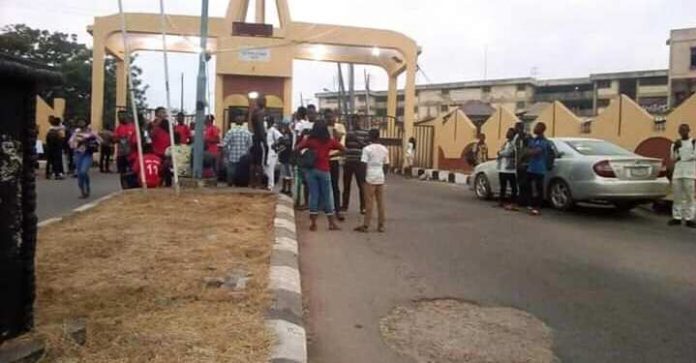 The management of The Polytechnic Ibadan says it is investigating the cause of shootings that took place on its campus on Monday afternoon.

Mr Soladoye Adewole, Public Relations Officer of the institution, said there were no casualties in the incident.

“The management is looking into it and the security office is also working on it to unravel what had happened.

“Calmness has returned to the campus. Whatever happened was for about five minutes but you know where there is always a large crowd of people, the tendency is that people will be jittery and make noise, but the commotion doesn’t last for more than five minutes.

“But everything is under control,” Adewole said.

Eyewitnesses told the News Agency of Nigeria (NAN) that the shooting was between two rival cult groups.

They stated that the two shootings took place around the Central Administrative Building of the campus and it lasted for about 10 to 15 minutes.

NAN learnt that people scrambled for safety while the shootings lasted, disrupting academic activities, but calmness had since returned on the campus.

The Polytechnic Ibadan resumed the second semester of the 2021/2022 academic session three weeks ago. (NAN).