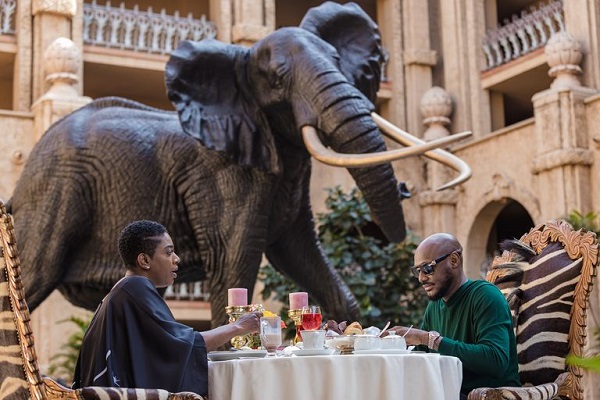 Actress Annie Idibia has begged her star husband 2Baba to make the next decade ‘cheating-free’.

The duo has been the topic of discussion on social media following revelations about their love life and marriage on the reality TV show, “Young, Famous and African.”

Annie, in a new video, demanded absolute faithfulness from her husband for the next ten years.

The celebrity couple in the video was seen wining and dining with a few guests as part of celebrations for their 10th wedding anniversary.

While they chit-chatted, the reality TV star asked her husband to make the next 10 years void of drama, especially on infidelity which almost marred their first decade together as a couple.

Interrupting her husband while he spoke, the mother of two, looking at him, said: “I want another promise. Another ten years to be faithful. No cheating.”

Although, 2Baba did not respond, one of their guests Tania Omotayo was visibly flushed as she looked away almost immediately and put her hand over her face.