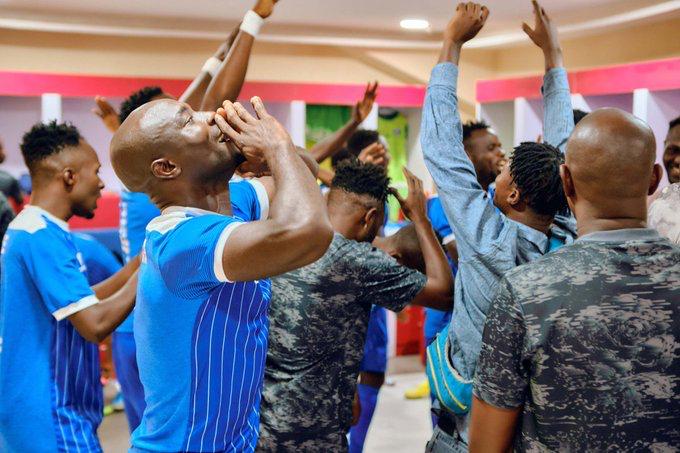 The Shooting Stars of Ibadan, this evening defeated Lafia-based Nasarawa United FC, rounding off the first round of the 2021/2022 NPFL season on a victorious note.

Still basking in the euphoria of last Sunday’s triumph over Kano Pillars, the Oluyole Warriors had another triumphant outing, against the Solid Minners, who have not been in good form lately.

A well-placed shot from Anietie Uko from outside the 18yard box in the 15th minute of the encounter put 3SC ahead of their visitors who continued to mount pressure, trying to break through their host’s defence.

Meanwhile, a nasty collision within the centre circle left 3SC’s Uko Aniete and Nasarawa’s Michael Tochukwu requiring medical attention and the Oluyole Warriors were forced to make a substitution in the 30th minute as Ayo Adejubu replaced goal scorer, Anietie Uko, who had to leave the game assisted by the medical team.

Nasarawa United almost got an equaliser in the 64th minute as a free kick finds Lawal Shehu free and unmarked but his cushioned header missed the target by inches.

In the 70th minute of the match, 3SC made three changes to the team. Kolawole Daniel, Sunday Faleye, and Malomo Taofeeq are replaced by Wasiu Alalade, Raheem Quadry, and Adelani Yusuf.

The Lafia-based Nasarawa United FC were unable to penetrate their host’s defence and ended the first round of the season with a loss.

With this win, the Oluyole Warriors have 26 points from 19 matches occupying the 9th position while Nasarawa United has 22 points from the same number of matches.