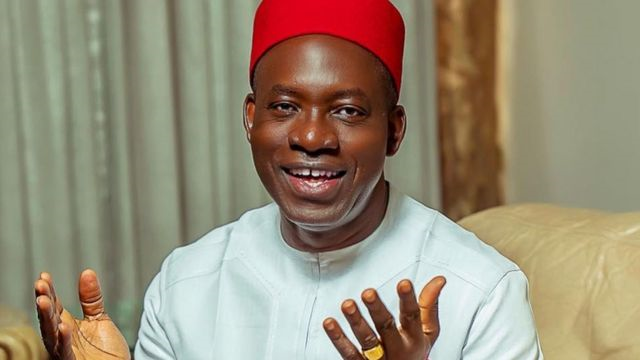 The Governor of Anambra State, Chukwuma Soludo, has purported that he met only N300 million and over 100 billion debt in the state’s treasury when he assumed office.

Soludo revealed this while answering questions on Arise TV on Tuesday.

According to the former Central Bank Governor, he has inherited debts running into “hundreds of billions of naira” from his predecessor, Willie Obiano, according to audited accounts.

Soludo said: “In terms of debt I inherited, it runs into hundreds of billions of Naira. In that of cash, we met about 300 million Naira only. In fact, let’s not talk about it. Our treasury is funny.

“I hope we shall make money henceforth to help us fulfil our promises for infrastructure and development of the state.

“But in terms of what I met in our coffers, my brother, it’s pathetic. Please let us not go there. God will help us”.

Recall that the immediate past governor Obiano was apprehended by operatives of the Economic and Financial Crimes Commission (EFCC) as he tried to leave the country on the same day he handed over to Soludo. Though the reasons, why he was arrested, is yet to be revealed but there are rumours of misappropriation of funds.