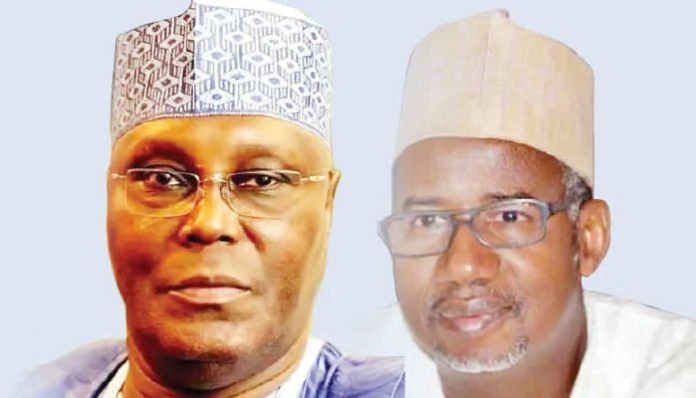 Rivers State Governor, Nyesom Wike, on Monday, said Peoples Democratic Party’s presidential aspirants of northern extraction are violating the party’s principle of zoning and rotation of power by throwing their hats in the ring for the 2023 election despite the gentleman’s agreement subsisting in the party.

Wike spoke as a guest on Channels Television’s ‘Politics Today’ programme monitored by The PUNCH.

‘Why I stop supporting Tambuwal’

The Rivers governor, who recently declared his presidential ambition for the 2023 election, also said he stopped supporting Tambuwal’s ambition because the PDP agreed to zone its 2023 presidential ticket to the Southern part of the country.

Wike said, “He (Tambuwal) is still my very good friend. In 2019, I supported Aminu Tambuwal because we zoned to the north. In 2017, all of us agreed that this should be zoned to the north and that was why nobody from the south collected forms for that election and I have no regret. What I do not like is for people to deny that there is no zoning or there should be no zoning. That is what I do not like.

“The provision of our constitution is clear under Section 7, Sub-section 3C, says there should be rotation of party offices and elective offices. The founding fathers of the party know the complexity, they know the diversity of this country and they made sure that for equity, fairness and justice, this should be done.”

Wike said his decision to contest was, however, not based on the fact that the PDP wants to zone the ticket to the South but because he has what it takes to govern the country.

“In our party, we have always done zoning, so you cannot stop zoning,” the governor insisted.

Asked whether the zoning principle of the party implies that Atiku, Tambuwal, Saraki and Mohammed should not think about getting the PDP’s presidential ticket in 2023, Wike said, “There is nothing that can make me because of power violate simple agreement whether it is written or unwritten, that makes you a gentleman.

“Just like I am today, if the party says it is zoning it (ticket) to the north, I will not run; I will obey the party but what I don’t agree is for people to say that there shouldn’t be zoning.”

The PUNCH had earlier reported that PDP National Chairman, Iyorchia Ayu, said that the party won’t abandon its tradition of zoning political offices in the 2023 elections.

However, the 17 Southern governors including Wike as well as sociopolitical groups such as Ohanaeze Ndigbo and Afenifere have consistently maintained that political parties should zone their presidential tickets to the South for a candidate to replace the President, Major General Muhammadu Buhari (retd.), who is from Katsina State, in the North-West and whose two-term would end in May 2023.

Aside from northern politicians, some southern stalwarts including former Senate President and Secretary to the Government of the Federation, Pius Anyim; former Ekiti State Governor, Ayodele Fayose; ex-governor of Anambra State, Peter Obi; media personality, Dele Momodu, amongst others have also expressed interest in clinching the PDP’s 2023 presidential ticket in the primary which is expected to hold later in May.