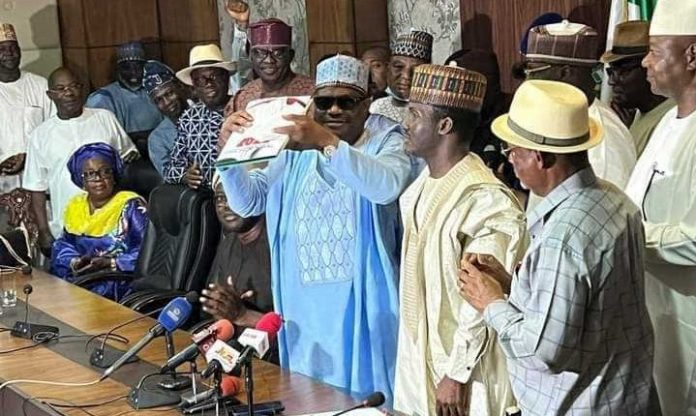 Northern Progressive Elements and friends of Governor Wike have teamed up to buy and present His Excellency Chief Nyesom Ezenwo Wike with the PDP nomination form for him to run for the 2023 Presidential elections, Today Splash report.

Recall that the current Governor of Rivers State, on Sunday, declared to run for president of the country in the coming general elections.

He had earlier met with some national delegates of the Peoples Democratic Party (PDP) at Government House, Makurdi and appealed to them to vote for him during the coming party primary.

He claimed he possesses what it takes to turn around the country for the better and also said that his contributions to the party over the years were good enough to get the party support.

“Don’t sell your vote, please, give me your vote as we go to primary. When I become the president, I will prioritise security; because the essence of government is to protect lives and property,” he said.