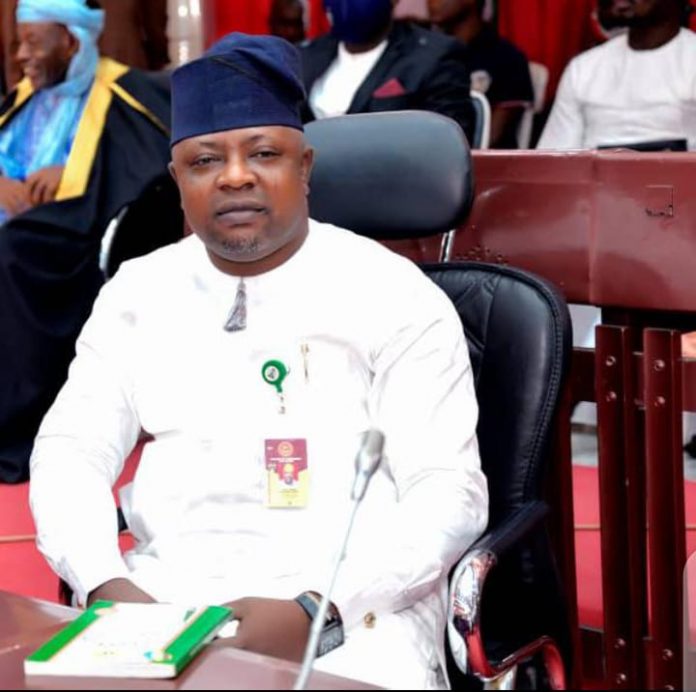 As part of measures to ensure that every child’s right and access to basic education is protected, the lawmaker representing Oyo East/West at the State House of Assembly, Honourable Isiaka Kazeem Tunde yesterday presented a Motion to the House over some neglected schools in his constituency which he said have been shut down for almost four years.

According to the lawmaker, the schools were closed down under the last administration following the creation of new Local Council Development Authorities (LCDAs) by the State House of Assembly leading to boundary disputes and right of ownership among the two concerned local governments which resulted into violence the eventual closure of the schools to prevent escalation of the situation.

Presenting the Motion yesterday March 29 on the floor of the House during it’s plenary sitting, titled “Need To Reopen Some Closed Primary Schools In Oyo East/West Local Government Areas”, ‘Hon. Arole as he is popularly known noted that the young children attending the affected schools are the ones bearing the brunt as teachers and other administrative workers have since been redeployed to other schools.

Lamenting the plight of rural dwellers who have since been denied their rights and access to basic education over the development, the lawmaker urged the House to mandate the House Committee on Education to conduct a thorough investigation on the matter with a view to finding a lasting solution to the closure so that the affected children can immediately return back to school.

The Motion reads in part, ” The House notes that education is the most important element in nation building. It is, undoubtedly, the strongest means through which people contribute meaningfully to the development in their society. This understanding, I believe, is at the bottom of the free education policy advocated and practiced by the late sage, Chief Obafemi Awolowo, and a legacy which is being subsisted by this present Administration of Governor Oluwaseyi Makinde.

“Further notes that in building a solid background for quality education, primary/basic education must be of utmost concern. It is the foundation upon which subsequent knowledge would be built. Realizing the importance of education, this administration has placed free education, especially at the primary and secondary levels, at the front burner of its developmental drives. Evident of this presents itself in the huge budgetary allocations committed to education by this government since its inception.

Mr. Speaker, distinguished colleagues, this commitment is with a view to ensuring that all educational aids, structures, furniture, human resources and other tools to achieve excellence are adequately catered for. Aware that in spite of the commitment of this administration to ensuring free and qualitative education, government attention is lost on some primary schools in Oyo East and Oyo West Local Government Areas.

“Close to four years now, about twenty-five schools in Oyo East and Oyo West communities have been closed down. While the pupils and the teachers of these schools stay at home, successful government’s investments in education and the future of the next generation are lying wasted.”

The lawmaker also explained that the schools are in deplorable states as the structures and other educational aids provided by government with the tax payers’ money are wasting away stressing that government has neglected the affected schools for too long.

He said, “The reason why the motion was brought to the floor of the House is the urgent need to reopen those affected schools because over twenty five schools were closed down. You can imagine the number of children in those schools. Some students have been relocated to other schools while other children have remained unattended to.

“If you look at the number of schools affected, over twenty five schools, it is very alarming and there’s an urgent need to address the situation since the state government is already doing alot in returning out of school children back to school so, we are appealing the state government to as a matter of urgency address the situation.” Hon. Arole stated.