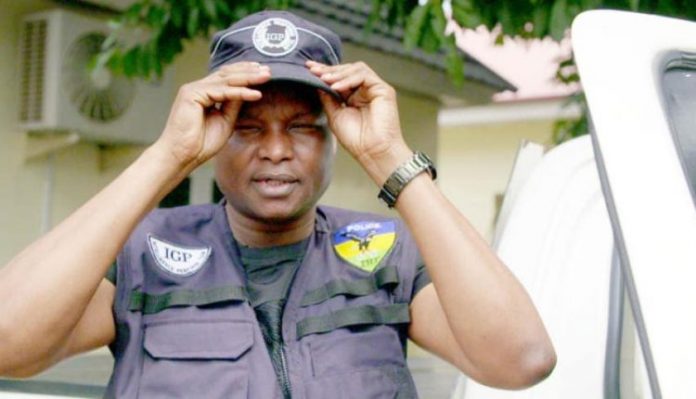 The embattled former Commander, Intelligence Response Team, Abba Kyari, has rejected food offered him by the Nigerian Correctional Service after being remanded in prison custody on Monday.

The suspended Deputy Commissioner of Police, it was learnt, opted for the food prepared by his wife or other family members.

Kyari, who is under prosecution for drug trafficking alongside four other policemen, was denied bail by the Federal High Court sitting in Abuja.

The National Drug Law Enforcement Agency had in the charge before the court, accused Kyari and the other four officers of conspiracy, obstruction and dealing in cocaine worth 17.55kg.

The trial judge, Justice Emeka Nwike, ordered the drug agency to transfer the defendants to prison custody, shortly after he denied them bail.

The court held that the NDLEA placed sufficient materials before it to warrant the refusal of bail to Kyari and his co-defendants -Sunday Ubia, Simon Agirgba, and John Nuhu, who are former IRT members.

Findings on Wednesday showed that Kyari and his co-defendants have been settling down in the custodial centre but sources said the DCP has largely kept to himself since his arrival on Monday.

Our correspondent gathered that Kyari’s presence has generated some excitement among the inmates, some of who were investigated for various crimes by the IRT under the DCP.

An officer stated, “We suspected that he may not eat the food being served here. So, we were not surprised when he opted for the food prepared by his wife or family members.

“His presence has, however, generated excitement in the facility. Many inmates who had had some encounters with him and others who heard about his ongoing trial have been discussing the fact that a senior policeman like him was remanded in Kuje where some individuals he investigated are also serving time.”

The NCoS spokesman, Francis Enobore, said inmates facing prosecution had the right to eat food prepared by their family members, noting that they are free to provide their food by themselves.

He stated, “Our law allows us to request any inmate who wishes to do self-feeding to apply through a formal application to the officer in-charge of the custodial centre. Subject to the approval of the official in-charge, the applicant will make arrangements with whoever he wishes to bring food for him.”

“The caveat is that if the person fails to bring food, he would not be fed from the service’s kitchen. Again, whoever is bringing his food; it is compulsory the person tastes the food in the presence of the officer conducting the visit to ensure that the food is wholesome before passing it over to the inmate.”

Enobore explained that no alcohol drink or cigarettes are allowed in the correctional centres, adding that 12 officers were facing sanctions for breaching the law on trafficking of illegal materials into the facility.

“No alcoholic drink or cigarette is allowed in the facility. Wherever you found them in the yard, they are a product of trafficking and we deal seriously with such issues.

“There is a long list before me now of officers to be dismissed for trafficking. Five will be dismissed while seven others will be reduced in rank,” he said.