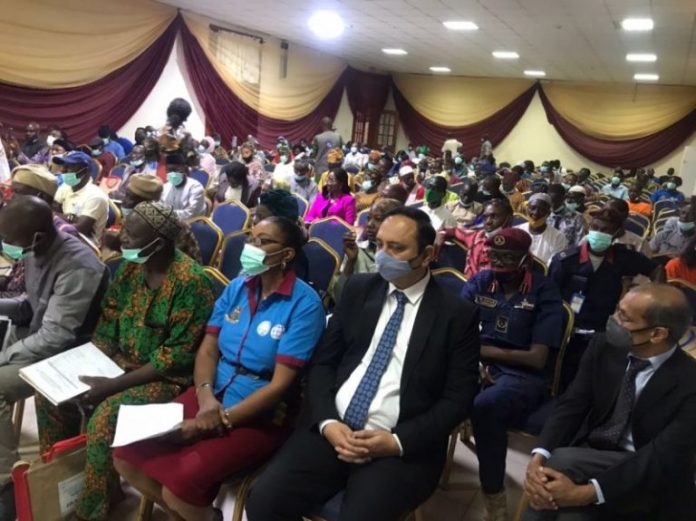 In a bid to avert flood incidents, the Oyo State Government through the Ibadan Urban Flood Management Project (IUFMP) has put in place a coordinated system of alerting residents in flood-prone areas to impending danger six hours before any flooding disaster.

The coordinated system named the Early Warning System (EWS) is a technologically driven effort that involves monitoring water levels remotely, using a wired sensor network to ensure that people living in flood-prone communities receive appropriate warnings within a suitable time interval in order to take effective action to save lives and minimise loss of properties.

Speaking at a stakeholder engagement workshop on flood forecast, warning service and implementation support project on Wednesday, the Project Coordinator of IUFMP, Engr. John Olasunkanmi Sokeye said the state government has put in place structures that will aid the smooth running of the EWS within the Ibadan metropolis.

He said the state government has provided money and signed the contract for the provision of equipment for EWS and the building of two control towers– one in the Ministry of Environment and the second in the State Emergency Management Authority (SEMA).

Sokeye noted that while flooding can’t be eliminated, it can be reduced to the minimum, adding that it is possible to ensure that lives are not lost through the EWS which the IUFMP just deployed.

According to him, IUFMP wants to use the digitalised EWS to warn people living in areas susceptible to flooding to evacuate before the water overflows its banks to prevent fatalities during unmanageable flooding incidences.

The project coordinator said the coordinated system of alerting will allow people to evacuate their families and put an end to losses associated with flooding.

He added that 60 per cent of needed equipment will soon arrive from the UK while others are already being installed, emphasising that the government already employed six personnel; two IT experts, two meteorologists and two hydrologists to manage the control towers.

“Our partners from India, RSMI have trained civil servants to manage the system and Oyo State already has a pool of 30 personnel to drive the process. In two weeks, five government personnel will be travelling to India to understudy their system and update their knowledge.

“Also, we will have six control stations which will be located at NIHORT, Ministry of Environment, Kings College, Airport, CRIN and Idi Ayunre, while we will put gauges in 11 major rivers and streams and the sirens that will raise the alarm will be placed in police stations or churches and mosques in flood-prone communities for proper monitoring,” he said

Sokeye appealed to the public not to vandalise the system as it will go a long way in minimising the loss of properties and lives.

Also speaking, Murali Krishna, a consultant with RSMI and community assessment expert on the EWS project, stated that the system is one of the best technology to curb the devastating effects of flooding, adding that it is the first in Nigeria.

He said that understanding the process will save lives, stressing that there is no difficulty or ambiguity in using the system as it is modern and simple in procedure.

“It is modern and easy to understand. There’s no problem in it’s use because it’s simple. We have started training officers since last year and we will be engaging in community awareness with IUFMP,” Krishna said.