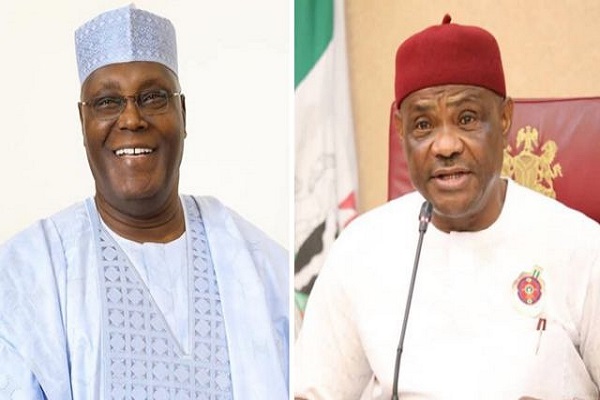 • Ayu, Ortom, others under pressure

Fresh intrigues are unsettling the Peoples Democratic Party (PDP) as leaders and members of the party await the recommendation of the 37-member zoning committee inaugurated on March 24 by the National Chairman of the party, Dr Iyorchia Ayu.

State governors elected on the platform of the party and other leaders are also currently engaged in a game of wits over the mode of primary elections that should be used to nominate the presidential candidate for the 2023 election.

Direct primary is heavily favoured by the governors, one source said.

Other party members are rooting for the indirect mode.

“The Ayu-led leadership of the party is under immense pressure on how to conduct the next presidential primary election. It is one issue that is capable of landing the PDP in a fresh crisis,” a source told The Nation yesterday.

Some gladiators who fear that the decisions on zoning and mode of primary may eventually be referred to the National Executive Council (NEC) of the party for final discussion are understood to have already started lobbying state chairmen of the party for support.

It was gathered that some of the presidential aspirants have even met with state chairmen to discuss the issue of zoning and seek support for their presidential ambitions.

Sources also said the committee met twice in Abuja earlier this week but was unable to agree on the thorny issue of zoning, with members sharply divided on whether to cede the presidential ticket of the party to the southern part or throw the contest open for aspirants from all parts of the country.

The last meeting was hurriedly adjourned when it became obvious that committee members were not going to agree on a position on the matter.

Further deliberation has been fixed for Tuesday.

Said a source: “Nothing has been achieved because a lot of intrigues that played out at the meetings of the committee.

“It became clear last Tuesday that external forces were influencing the deliberations among committee members when members returned to oppose positions they had earlier agreed to in the earlier meeting.

“With the way discussions ended at our last meeting, it will be difficult for the committee to conclude its task soon. We have received papers and petitions from various groups within and outside the PDP.

“The arguments for and against zoning are very strong and both parties have genuine reasons.”

Chairman of the committee and Benue State Governor Samuel Ortom, however, assured party supporters that they would come up with an arrangement that will be acceptable to all.

“The meeting is yet to be concluded. We have adjourned till Tuesday next week at the same time, at the same venue. And until we conclude the proceedings, there is not much to say,” he said.

It was also gathered that the current disagreement within the PDP Governors’ Forum is deepening the crisis rocking the opposition party ahead of the 2023 general election.

Committee members, according to sources, are unwilling to let go their various positions due to group and zonal interests.

“With aspirants from different zones of the country already picking nomination forms to vie for its presidential ticket before the issue of rotation was resolved, the PDP has found itself in a precarious situation and chance that the issue will be resolved amicably is dimming by the day,” a source said.

“Presidential aspirants and other interested parties have infiltrated the committee as well as the new leadership of the party, making an easy resolution of the matter almost impossible. And this is not a good omen for the party.

“All through the meetings of the committee, one could almost see the hands of our divided governors in the proceedings.

“Even the governors on the committee are not speaking with one voice, and it is very clear that zonal and group interests are more important to many of the members than the need to take an informed decision that will preserve the unity of the party and brighten its chances at the next presidential elections.”

The Nation gathered that some chieftains of the party from various parts of the country have relocated to Abuja to keep tabs on both the committee and the National Working Committee (NWC) of the party while the wait for the party’s formal position on the crucial issue of zoning continues.

“It is as if some members of the committee have mandates to ensure that no decision is taken unless the interests of their zone, group or principals are taken care of. A lot of intrigues and scheming are currently ongoing here,” another committee member said.

Speaking on the development, a state chairman from the southwest said: “Like other prominent chieftains of the party, we the state chairmen of our party are under immense pressure.”

He added that against the background of increasing lobbying by some of the presidential aspirants and their supporters for the support of chairmen of the state chapters of the opposition party, the race for the presidential ticket of the PDP is daily gathering steam.

“It is possible a NEC meeting is called to resolve all the thorny issues,” he said.

Other interest groups are said to have continued to bombard the committee with requests for or against zoning.

A group, the PDP Justice and Equity group, advised it not to zone the presidential ticket to either the south or north of the country.

In a memo to the Ortom committee, it demanded that the ticket should be open to all eligible members from all parts of the country.

The memo, which was signed on behalf of the group by Hon. Ahmed Muhktar, Hon Yemi Arokodare and Barrister Chima Ndugbu, argued that the interest of the party would be better served if there was no polarity in the contest, especially such that arises from regional or zonal sentiments.

But another group, Vanguard for Justice, in a statement by its Chairman, Emmanuel Nduka, submitted that zoning the presidency to the South would not only engender national unity, equity and justice, but was consistent with the mood of the nation.

The group warned that the PDP risks mass defections if it fails to zone the 2023 presidency to Southern Nigeria.

“More so, it may be the end of the PDP in Nigeria’s political space,” the group added while warning against any plan to ignore rotation of the presidential ticket.