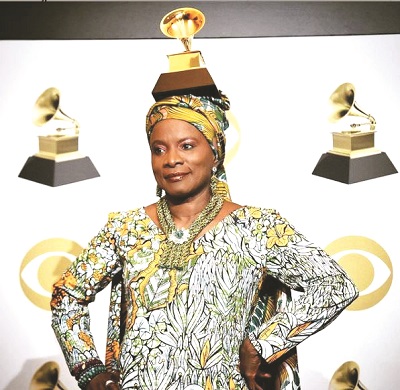 Wizkid, Femi Kuti and Made Kuti have lost out of the race to win a Grammy at the 64th edition at the MGM Arena, Las Vegas.

During her acceptance speech, Kidjo appreciated young Africans that have continued to collaborate with her to promote the continent to the world.

In 2021, Wizkid got his first Grammy award for a feature on Beyonce’s song, ‘Brown Skin Girl,’ while Burna Boy won the Best Global Music Album category after losing out in 2020.