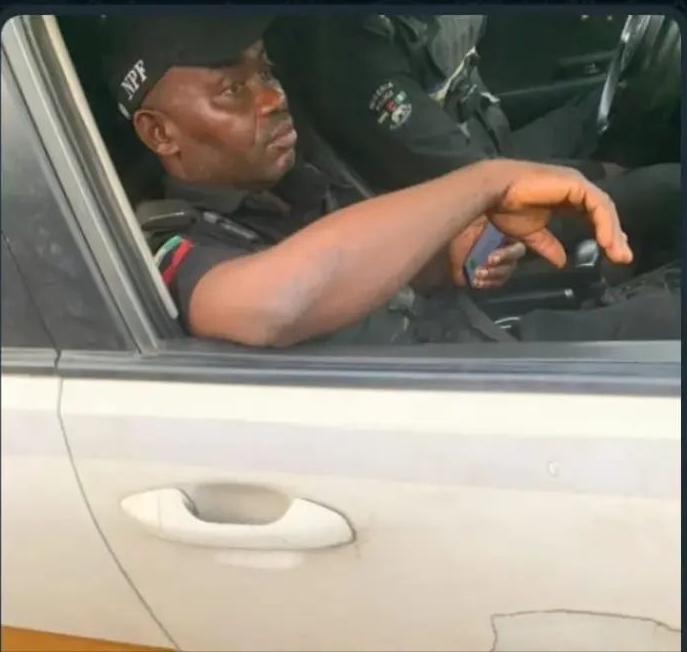 Popular entertainer and skit maker, Adedotun Banjo popularly known as Dotunpapas has accused some officers of the Nigerian Police Force of extorting the sum of N130,000 from his younger brother, Babatola Ogunedina.

In a video he shared on Instagram, Dotunpapas narrated how the policeman who is yet to be identified threatened to take his brother to the Economic and Financial Crimes Commission, EFCC, and implicate him unless he paid a N2million bribe.

He said: “My brother, Babatola was on his way to Ibadan from Sagamu at about 6:30 pm. Upon entering Ibadan, he met some policemen at a checkpoint and he was stopped. As a good citizen, he parked the car. The policemen asked for his driver’s license and vehicle particulars and he gave them all. They checked his papers and saw that they were all intact. Afterward, they asked him who is the owner of the vehicle and he told them that the vehicle belongs to his friend.

They called his friend to confirm if he is the owner of the car and his friend replied that the car belongs to him. Instead of releasing Babatola to continue his journey, they entered the car and told him to keep driving g around Ibadan for over 2 hours. They started threatening to implicate him and take him to the EFCC if he doesn’t pay a N2million bribe.

After a lot of pleading, arguments, threats, and back and forth, they gave Babatola OPay account to transfer N130,000 which he did after which the Policemen left and he drove to his destination.

“I am calling on the Inspector General of Police, the State Governor, and all other concerned people to look into this matter and help Babatola get his money from these bad policemen”, Dotunpapas concluded.

Meanwhile, Dotun managed to take a picture of one of the policemen before they released him.

Here is the police officer.