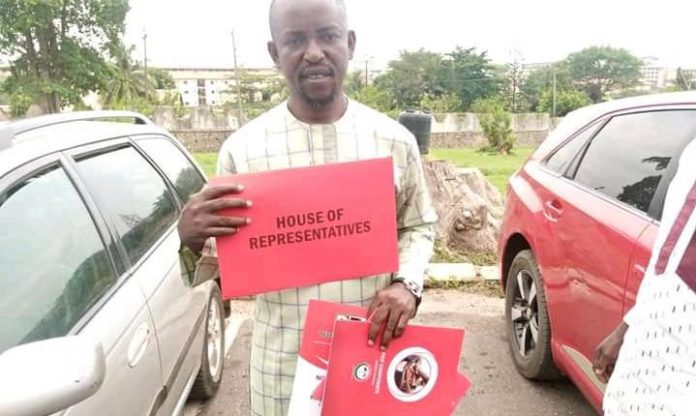 The publicity secretary of the Peoples Democratic Party (PDP) in Oyo State, Engineer Akeem Olatunji, who is popularly known as ‘Sarsino’ has obtained the House of Representatives expression of interest form and nomination form.

Akeem who spoke with GOAL POACHER NEWS correspondent shortly after picking the forms on Thursday noted that as a chieftain of the PDP, he has consulted widely and he is eligible to contest the House of Representatives election in Oluyole federal constituency.

It will be recalled that the party image maker was unanimously endorsed as consensus candidate for the federal constituency by party leaders and other stakeholders. His nomination was further ratified by the committee headed by Ambassador Taofeek Arapaja at Agodi Government House in Ibadan on Monday. Hours after the ratification, the process was cancelled and primary election was approved.

He urged party delegates to support him in clinching the Party ticket noting that, he has the needed experience and exposure to win the election with the developmental strides of Governor Seyi Makinde in Oluyole and across Oyo State.

He commended the Oyo State Governor for his developmental strides in the state stressing that the party will organize a free and fair primary.

He promised to embark on meaningful projects and also to attract more developments to the people without bias if elected.

PDP leaders in Oluyole local have reaffirmed their support for Akeem describing him as a bridge builder and who displays high level of omoluabi ethos.