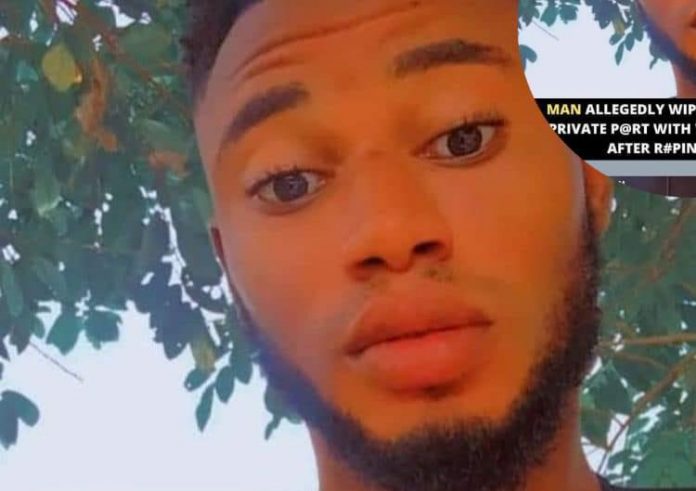 According to reports, the suspect who lives with the victim’s family in Olodo area of Ibadan, had carnal knowledge of the girl, several times for over seven months.

Ojo was said to be a friend to the victim’s older brother and had been staying with the victim’s family, for over two years.

Narrating her ordeal, the teenager said Ojo had invited her to get something for him but on rising to the call, gagged her mouth and pounced on her.

She added that Ojo eventually turned her into a sex slave and had been sexually assaulting her for the past seven months.

She however added that Ojo was in the habit of wiping her private part with a new handkerchief, any time he had carnal knowledge of her.

When asked why she did not report the case early, the teenager said Ojo had allegedly warned her not to tell her parents, else he would kill all her family members.

It was gathered that the medical examination carried out on the teenager at the Oyo State Hospital, Yemetu, Ibadan confirmed that the hymen had been broken.

Meanwhile, Ojo Adeagbo had also attempted to have sexual intercourse with the 11-year-old sister of the victim, after watching a pornographic film with her.