EXCLUSIVE: Amidst Resentment, Details of How Kola Balogun Was Imposed On Other Candidates As Oyo South Senatorial Candidate In 2019 •Why Makinde Settled for Tegbe Ahead Of 2023 Polls 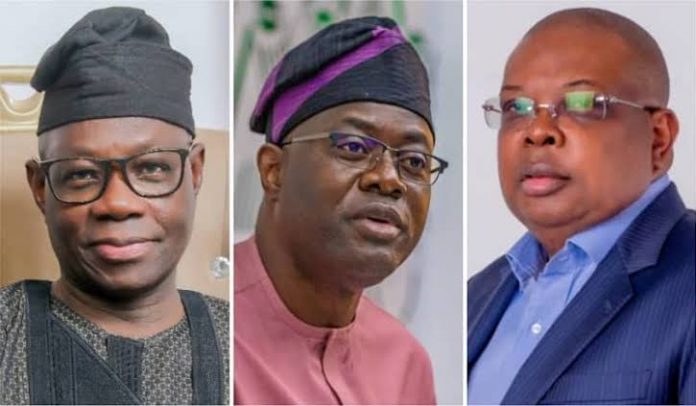 Oyo State in the last 72hours has experience bitter, Sweet taste of political favoritsm and resentment over the decision of the Oyo State Governor, Engr Seyi Makinde and the leadership of the party (PDP) to hand over the ticket of the party for Oyo South Senatorial District to the new bride, a former gubernatorial Aspirant in the opposition party The All Progressive Congress (APC) Engr Joseph Tegbe.

This action from information gathered by Akéde Ọ̀yọ́ is not unprecedented, it’s rather history repeating itself in almost the same way it once favoured the person it turns back to affect now who happens to be the incumbent Senator representing Oyo South Senatorial District, Sen Kola Balogun.

Social media was agog to the News of Makinde and the Oyo State leadership of the People’s Democratic Party (PDP) endorsing Engr Joseph Tegbe Over the Incumbent Senator Kola Balogun, with some members of the Party happy over the decision adding to the fact they claimed was the abismal representation over the last 2 plus years at the red chambers, others claimed, that as the only Senator from the PDP his popularity deminished instead of soaring high to attain the status of a Senatorial District known to be one of the deciding factor of who becomes Governor in the State over the years.

While others argue that the Senator took a bold step accepting to face a former Governor of the State at that time, when the State was being rules by the now opposition party was an act of bravery on his part.

Meanwhile others who are against him said he won back then not because of his personal achievements, popularity or that the people love him that much, but because of a protest vote against the immediate past Governor of Oyo State late Abiola Ajimobi.

This newspaper had earlier reported how makinde led other party leaders, stakeholders from Oyo South Senatorial District to endorse the candidacy of Engr Joseph Tegbe, this leave the incumbent in cold, while others think of what could be his next move, Senator Kola Balogun has remain silence since the announcement of JT as his replacement.

Will Senator Kola Balogun dump the party ?and search for an abode in the main opposition party? Which party will be more suitable for him now as an incumbent? those questions begging for answers can only be best attended to by the person who received the political hard tackle. 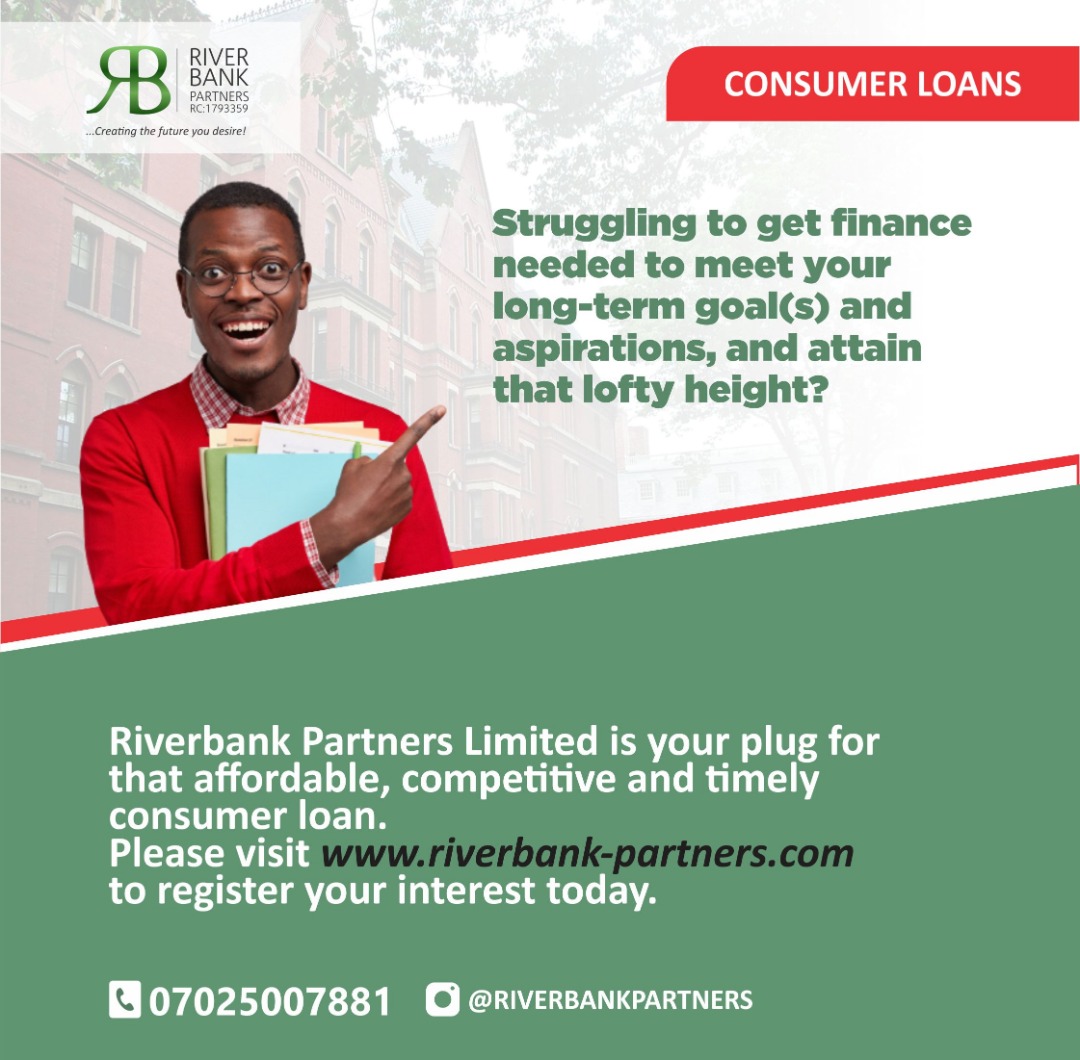 Research and history told us that this was the same political scenario that played out in PDP ahead of 2019 general elections, when the current Commissioner for Local government and chieftancy matters Chief Bayo Lawal, won a one time deputy Governor of Oyo State, Chief Hazeem Gbolarumi to become the candidate of PDP for Oyo south Senatorial District, but in a swift political calculation by the Governor of Oyo State, Governor Makinde, he replaced Chief Bayo Lawal with the incumbent Senator Kola Balogun for Oyo South Senatorial District.

Akéde Ọ̀yọ́ recall that prior to getting the ticket, Kola Balogun is the younger brother to a former senator and now the Olubadan of Ibadanland Oba lekan Balogun who won the February 20, 1999 election to represent Oyo central Senatorial District. Kola Balogun was one of the 12 aggrieved Governorship aspirant of the then African Democratic Congress (ADC), Balogun and 11 others disagree to the announcement of Olufemi Lanlehin as ADC gubernatorial candidate.

Kola Balogun first gain political prominence when we was appointed a Commissioner for Commerce in the state under former Gov. Adebayo Alao-Akala from 2007 to 2011

Akéde Ọ̀yọ́ recall that before Governor Makinde Settled for Kola Balogun, he first woo Barr. Sharafadeen Alli, who was a grassroot politician to take the ticket, reports have it that the ticket also came with a campaign fund, but the former secretary to the state government and chief of staff to former governor Rashidi Ladoja, Alli was said to have vehemently rejected the offer as he sees himself better as Governor than Senator.

A Former sports minister, Prof. Taoheed Adedoja eyed the ticket, lobbied for the ticket at the ‘dying minutes, but was denied based of conviction.

Makinde had Deliberately ensured that Chief Bayo Lawal who was his 2019 Campaign director general, won the ticket for the senatorial district, and kept it close to his chest for political calculations, Hazeem Gbolarumi has thought he will win the ticket but failed to lay his grip on the ticket.

As electioneering draws near for the 2023 general elections, The current chairman of SUBEB Nureni Aderemi Adeniran joined the race sending a signal that makinde might not want to concede an automatic ticket to Kola Balogun.

But the event that finally nailed the non support of Kola Balogun by the State Governor was when Makinde hosted Stakeholders from Oyo South, the governor was qouted as saying that he did not adopt any candidate as Concensus or automatic ticket, but he advice that the aspirants should reach Concensus, adding that primaries will gulp them nothing less than 100millon naira each.

Makinde who is said to be wiser and more politically calculative this time around, Having won a big fish since the inception of his administration in person of Engr Joseph Tegbe, Was said not to be convinced by the two aspirants from Oyo South Senatorial District, Source said some members of the party, were not convinced about Nureni’s aspiration, adding that he has no political clout at the grassroots, he’s as good or bad as the same person he is contesting against.

The same Makinde who played a fast one in 2019 is expected to do more, as he has thrown himself into the ring for a second term election bid.

He was wise enough and calculative of moves around in 2019, that he drafted his campaign DG into the race, which was won, he knew some popular gubernatorial Aspirants will fall out with their parties, source confirm that Makinde had earlier held talks with a former senator Soji Akanbi, who Late Sen Abiola Ajimobi forcely denied a second term re-election, because of his personal ambition to retun back to the Senate. but talks with Soji Akanbi did not materialize, and later he secured the African Democratic Party ticket. Sharafadeen Alli Was the final Straw Makinde drawed but rejected the offer, before eventually settling for Sen Kola Balogun who against all odds won the incumbent Governor and a very strong political force as at then Sources confirm to Akéde Ọ̀yọ́.

No doubt Same political scenario has just repeated itself, but now according to the warm reception and bashing Engr Tegbe has received from both the PDP members and the Opposition, JT as he’s foundly call is no doubt a force and a game changer tactics that Makinde has employ to tackle the event that might lead to any political shortcomings, as the game unfolds.

We shall stay connected as more political happenings, both from the rulling party and the main opposition party unfolds, PDP seems to have settled it candidacy issues in most areas, while settling for primaries where the game look more serious for its candidates.

while APC has just started the sales of its interest and nomination forms, Oyo APC is the watch of all eyes, adding to the fact that the state chapter are embriod in leadership Battle, with faction lead by a former commissioner Isaac Omodewu, loyal to the current senator representing Oyo Central for a record third time, while the other faction lead by Abu Gbadamosi is said to be loyal to other gubernatorial Aspirants under the All Progressive Congress (APC) who are against Teslim Folarin Popular Political Tactics of highjacking political structures (The Jagba Tactics).

EXCLUSIVE: Tinubu Finally Opens Up On Ambode — Here’s How They...