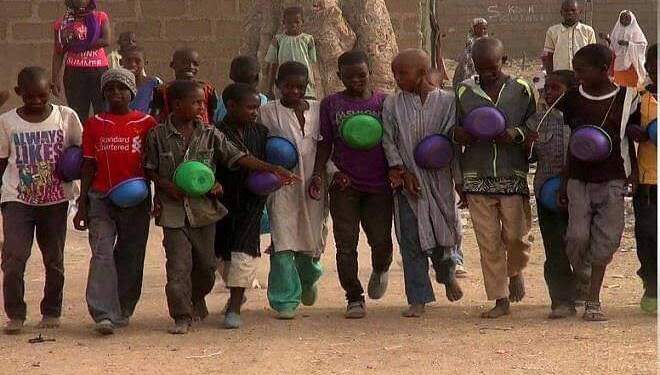 An Islamic Cleric who doubles as a Consultant Neurosurgeon at the Federal Medical Center, FMC Abeokuta, Dr Abdul Haady Tiamiyu has warned that the growing menace of street children and urchins at garages, parks, slums, markets and other areas in Yoruba land may be worse than banditry and terrorism in future if not urgently addressed and curbed by Government and other stakeholders in the zone.

He said the root cause of high rate of banditry, kidnapping and terrorism in the Northern part of Nigeria was the Almajiri system which gave rise to millions of street and abandoned children who now constituted themselves into dangerous groups threatening the peace and existence of the nation.

” When we continue to give birth to children without proper parental care and quality education, then we should expect an alarming surge in crime rates. I am afraid the situation is disturbingly high at the moment and no where in the country is safe. The news is daily awash with incidences of armed robbery, stealing, kidnapping, ritual killing, assassination, thuggery, banditry, brigandage, vandalism, cult clashes, attacks, illegal sexual escapades, tribal, ethnic and religious crises , political violence, internet fraud, corruption, money laundering and lots more”

According to the Islamic Scholar, these set of homeless and street children graduate to high profile armed robbers, kidnappers, touts, cultists, drug addicts among others and are responsible for social vices and criminal activities in the society.

The Consultant Neurosurgeon identified collapse of the country’s educational and family system, failure of political class, lack of provisions for the weak and the poor as well as failure of faith based communities and groups as the root causes of the current social vices in Nigeria.

” Every system seems to have collapsed in Nigeria. We now have incidental and accidental parents and families that do not see taking care of their children as a responsibility and a priority. Even our politicians are ill- prepared for the task. They do not have good manifestos, no good programs and projects for the people they represent, no provisions for the youth, orphans, street children, widows, divorcees, no enough soft interest free loans, no job and investment opportunities, there are injustices in all spheres especially in government and governance, religious and ethnic bigotry pervaded the nation and the list is endless. The resultant effect of all these is that the masses are hungry and angry, and are ready to survive whether by hook or by crook hence the rise in crime and social vices. Except we address the problems, Nigeria is sitting on a time bomb. ” Dr Tiamiyu said

While giving the Islamic antidotes, the guest speaker urged muslims whom Allah has described as the best community ever evolved for mankind to take the center stage, establish Godliness and goodness on earth and shy away from all forms of evil deeds.

The Former Speaker, Oyo State House of Assembly, Sen. Monsurat Sunmonu in a goodwill message called on all Nigerians to play their part in building a crime free and prosperous nation.

Earlier, the deputy Speaker of the Assembly who is also the Chairman of the Muslim Community, Hon Muhammad Abiodun Fadeyi congratulated the muslim staff in the Oyo State House of Assembly on the 2022 Ramadan and for upholding and promoting the tenets of Islam even in their place of work.

The lecture was attended by political office holders, members of the Oyo State House of Assembly, staff and management, other dignitaries and members of the public.