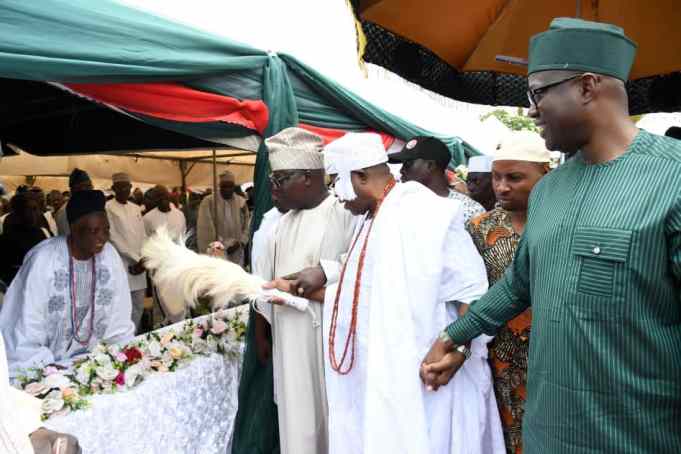 Oyo State Governor Seyi Makinde has denied insinuations that his administration has been unfair to the muslim community in some regions of the state, particularly, Ogbomoso zone.

This is as he reaffirmed the commitment of his administration to sustaining religious harmony and peaceful coexistence in the state.

Makinde made the clarification while delivering a keynote address at the 8th annual Omi Tuntun Ramadan lecture, held at the Government House Arcade, Agodi, Ibadan.

He said nobody can divide Oyo State people along religious lines.

The governor maintained that the people of the Oyo state have grown and evolved through a family system that easily blends Muslims with Christians in harmonious coexistence, pledging to continually uphold a religiously unbiased Oyo state.

He recalled that the day the first edition of the Ramadan lecture was held, the state under ex-Governor Rashidi Ladoja also turned the sod on the Circular Road, but lamented that nine years after, the 110km road remained uncompleted.

He said: “One expects that even the 32km should have been completed, they did not even do 3km including the bridges before we came into office. But we thank God today that Kabiyesi is with us, not even as High Chief but as Olubadan of Ibadanland. Very soon, we will invite the Olubadan when the road is ready for commissioning.”

Guest lecturers, Alfa Uthmah Sannu Sheu and Chairman of pilgrims welfare board (Muslim wing) Prof Sayeed Malik advised the Governor not to dash the people’s hope, and to ensure he fulfills promises made to the people at all times.

The clerics commended Governor Makinde for embarking on the projects that will bring development to all the nooks and crannies of the state.