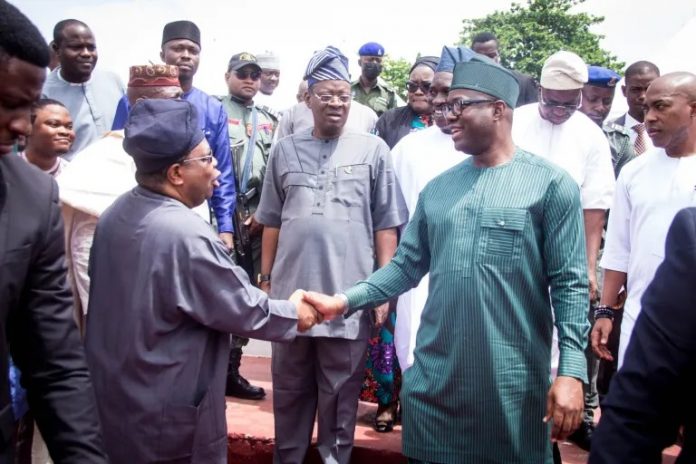 Mogaji Joseph Tegbe, who recently defected from the All Progressives Congress, APC was yesterday given a warm welcome, as he made his first outing as a Peoples Democratic Party, PDP chieftain, while attending the 8th Omituntun Ramadan Lecture with Governor ‘Seyi Makinde .

The former governorship aspirant on the platform of the APC, who has been pencilled down as the PDP candidate for Oyo South Senatorial election, was the cynosure of all eyes as everybody tried to catch a glimpse of the Ibadan Mogaji.

Beaming with smile, Tegbe’s arrival was met with shouts and hails of attendees which interfered with the governor’s speech.

Meanwhile, Governor Makinde, convener of the lecture, who later acknowledged the presence of the latest entrant into our party, remarked jokingly, “When I am coming to this kind of gathering, I will also mobilise my supporters…”