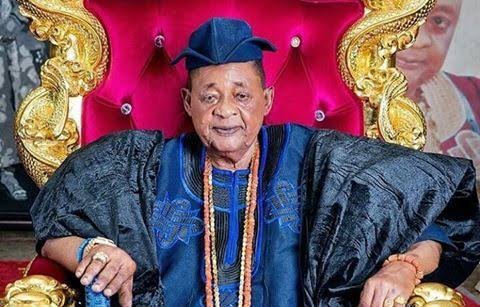 A source privy to information has confirmed to Todaysplash.com that the remains of Alaafin Oyo, Oba Lamidi Adeyemi is currently at a forecourt called Aganju in Oyo.

It was learnt that people have been weeping and yelling since midnight after his remains was flown back to Oyo from Ekiti.

There were some women shouting Alaafin’s oriki very loudly while some are scared of the rite “Oro” that will start happening after his passage, another source disclosed.

However, a fact check by this newspaper in the early hours of Saturday revealed that Alaafin Adeyemi, the third from the Alowodu Ruling House, died in the late hours of Friday at the Afe Babalola University Teaching Hospital, Ado Ekiti.